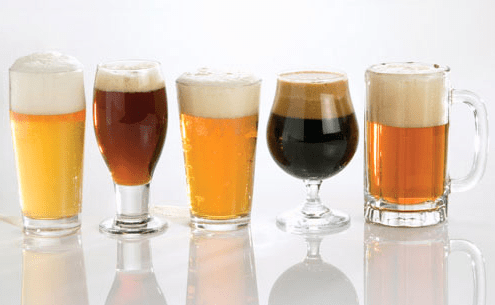 Looking for a little homebrew inspiration?
Over my 5+ years of homebrewing, I’ve brewed some 50 batches of beer. There have been a few mishaps, many enjoyable beers, and a few batches that have knocked it out of the park. Below are five of my all-time favorite homebrew recipes.
*Note: I brewed most of these all-grain, but the all-grain homebrew recipes can easily be converted to extract or partial mash. Where no partial mash recipe is provided, simply convert a majority of the base malt using the following ratios: 1 lb. grain = .75 lb. liquid malt extract = .6 lb. dried malt extract. For example, replace 9 lbs. base malt with 6.75 lbs., or about two cans, of LME.

Do you have any favorite homebrew recipes from your homebrewing career? Feel free to share them in the comments below!
———————————–
David Ackley is a beer writer, brewer, and self-described “craft beer crusader.” He holds a General Certificate in Brewing from the Institute of Brewing and Distilling and is founder and editor of the Local Beer Blog.