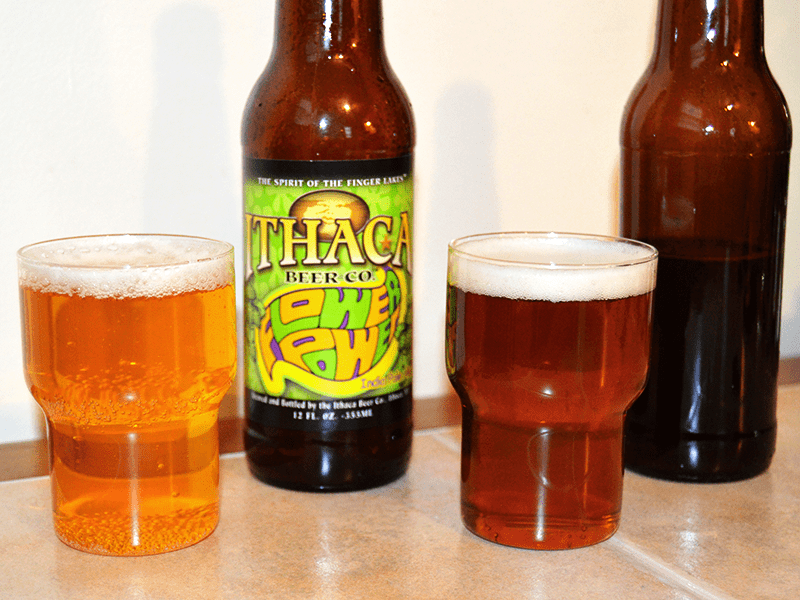 I’ve got to tell you, this Flower Power IPA clone has really come into its own over the past few weeks. The somewhat harsh, alcoholic bite that I noticed in the initial tasting has completely gone away, leaving behind a lush, citrusy hop flavor that’s damn near irresistible. I’ve recently had a few IPAs from the store (from major American craft brewers, no less) that don’t stand close to this brew. It just goes to show that it is possible to make better beer than you can buy.
In addition to the development in flavor, there has also been a big change in the appearance of the beer. In my initial taste test about two weeks after kegging and bottling, both the kegged and bottled beers showed some serious haze. The kegged beer gradually became clearer as it was consumed, and with a little extra time, the bottled beer became clear as could be, as long as I avoided pouring the sediment into the glass.
Regrettably, I finished off the kegged portion of the Flower Power clone before getting a final photo, but I’ve got some bottles stashed away and one more bottle of the original Flower Power IPA for a final side-by-side comparison. Here are my tasting notes:

Flower Power Clone Recipe Adjustments
Don’t get me wrong – this clone is awesome just the way it is. But if I wanted to make a perfect clone of the Flower Power IPA, how would I change the beer recipe to make it more accurately resemble the original version of the beer? 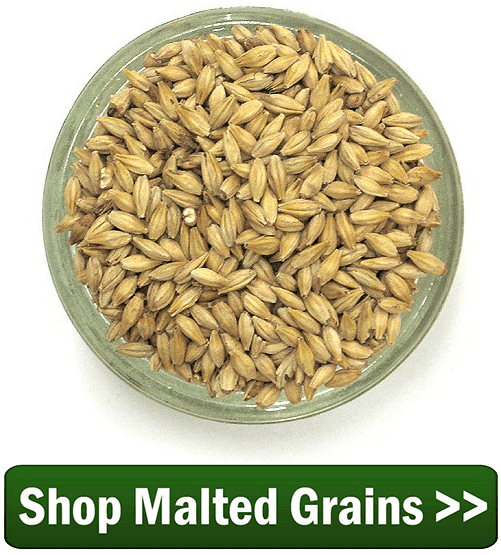 When adjusting a beer recipe, it’s important not to make too many drastic changes all at once. Instead, focus on just one or two areas and make incremental adjustments. This will make it easier to keep track of what changes have what effect on the beer. After all, the beer is close – we don’t need to reinvent it, just tweak it a little.
That said, the biggest “fault” is the color. To fix that, I would make the following adjustment:

Conclusion
This has been a fun experiment in recipe development. Though the first attempt at this Flower Power clone wasn’t a perfect match, I’ve stumbled across an amazing IPA recipe in the process. Best of all, I feel that I’ve really proven to myself that yes, you can make better, fresher beer at home than what you can buy at the store.