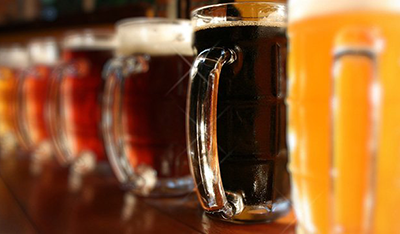 As a new homebrewer, choosing what beer you should brew first can be a daunting task. After all, there are so many different beer styles to choose from, how do you choose where to start?
Though there are no hard and fast rules when it comes to homebrewing, some of these guidelines may help you with selecting your first brew:

Some good options for your first batch:

I hope this information helps you out when asking yourself, “what beer should I brew first?” It’s a decision to be made, for sure, but don’t let it stop you from getting started either. Jump right in, the water’s fine.
—–
David Ackley is a writer, brewer, and craft beer marketing consultant. He holds a General Certificate in Brewing from the Institute of Brewing and Distilling and is founder of the Local Beer Blog.