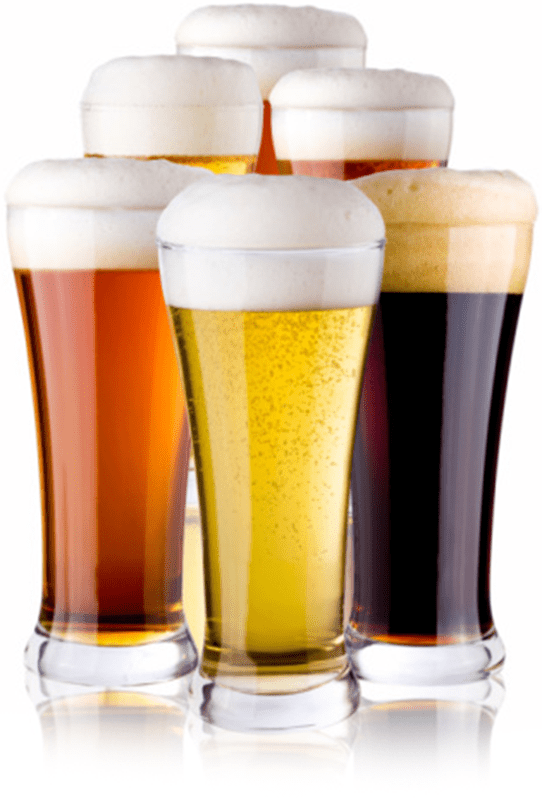 How many times have you heard the question, “What’s the difference between ale and lager beers?” In fact, on a recent brewery tour, I overheard someone ask “What’s the difference between a lager and a pilsner?” A harmless question, but when the tour guide didn’t know the answer, it was all I could do not to smack myself in the forehead with the nearest five-gallon keg!

Now, naming conventions have changed over the years, so it’s easy to get confused. Let’s see if we can shed some light on the topic of ales vs lagers.

Ales vs. Lagers: What’s the Difference?

Let’s start top level. It’s generally agreed that there are two kinds of beer lagers and ales. (There are some hybrid styles that fall somewhere in the middle, but for now, let’s stick to the two main ones.) Within each broad category, there are dozens of different types of ales and lager beer styles. For example, pilsner is simply a style of lager, which can be further broken down into Czech-style or Bohemian pilsner, American-style pilsner, etc. One good way to get a sense of ale and lager beer styles is to look at a chart like this one.

When it comes to brewing, the difference between ale and lager beers becomes apparent. The two primary factors that make the difference are brewing yeast and fermentation practice.

Lagers are typically made using a bottom-fermenting beer yeast, which prefers cooler fermentation temperatures. As a result, lagers take more time to ferment and require homebrewers to have firm control over fermentation temperatures. Lager beer styles generally ferment at around 40°-50°F, which usually requires a dedicated room or refrigerator. For these reasons, most beginning homebrewers start with ales because they will ferment at room temperature.

Ales are typically brewed using top-fermenting beer yeasts and slightly warmer temperatures. As a result ales ferment faster and are much easier to manage in terms of fermentation temperature.

Both ale and lager beer styles can run the gamut of color, gravity, and bitterness. Sometimes people think that ales are dark and heavy, while lagers are light in color and body. Don’t let the macro brand cheap lagers fool you! Lagers can be dark, hoppy, and high-gravity.

Here are some traditional lager beer styles that you may want to try to get a sense of the depth in the lager category:

As the craft beer movement continues to grow, many of the style guidelines get increasingly blurry. It could even get to the point where the difference ale and lager beer no longer even matters. Imperial pilsners and triple bocks may not fit perfectly into the BJCP guidelines, but they’re all the more reason to love lagers!

What are your favorite lager beer styles?
—–
David Ackley is a beer writer, brewer, and self-described “craft beer crusader.” He holds a General Certificate in Brewing from the Institute of Brewing and Distilling and is founder of the Local Beer Blog.