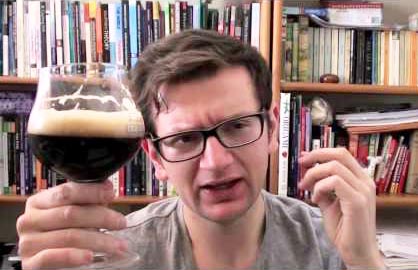 One of the most rewarding aspects of homebrewing is learning how to make better beer. To do that, sometimes it’s important to be able to answer the question, “what went wrong with my beer?”.
The first step in the problem solving process is to do a full sensory analysis of the beer. Compare what you see, smell, and taste against what you expect from this style of beer or what you intended the beer to be. What does the beer feel like when you take a swallow? Is it under or over carbonated? The BJCP Style Guidelines is a great place to start when analyzing your homebrew.
When something tastes or smells “off”, it may be a clue as to what went wrong with your your beer. It’s up to you to try to identify the specific aroma or flavor that raises a red flag. This can give you a good indication as to where you need to improve your technique. Here are some of the most common flavor and aroma faults associated with homebrew:

You may have noticed that several of the reasons why something went wrong with your beer are due to fermentation problems. Before you make any changes to your homebrew system, I would highly recommend investing in a temperature controlled fermentation space. Between temperature control, using a yeast starter to pitch an adequate amount of yeast, and good cleaning and sanitation, you’ll rarely, if ever, encounter any of the faults above.
So, there you have it! Now the next time you ask yourself the question, “what went wrong with my beer?”, you’ll have an answer!
Do you have an off-flavor horror story? Have you ever had to throw out a batch?
*A full list of BJCP beer faults may be found here.
———————————————————————————————————
David Ackley is a beer writer, brewer, and self-described “craft beer crusader.” He holds a General Certificate in Brewing from the Institute of Brewing and Distilling and is founder and editor of the Local Beer Blog.