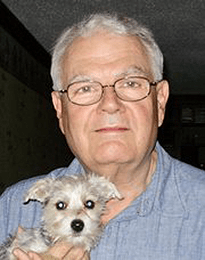 I have been thinking about a way to protect wine from unnecessary oxidation during 2nd and 3rd rackings. Mainly, I want to get the oxygen out of the empty carboy before racking into it, but how? CO2 cartridges? Dry ice? Finally hit upon a simple idea. Since I have to top up with water anyway, why not do the “topping” first, with carbonated water. The escaping CO2, being heavier, will drive everything else out of the carboy. What do you think?
Walt — AR
—–
Hello Walt,
If I am understanding you correctly, you are saying to put any carbonated water needed for topping-up the wine into the empty carboy — first — before racking the wine into it. And, letting the CO2 gas from the water drive the air out of the fermenter. You would be estimating the amount of carbonated water needed for topping up.
I commend you on your idea!
In theory, what you are saying it correct. The CO2 would slowly drive air out of the vessel. The main issue I see is getting enough of the CO2 gas to release to have any real results.
Assuming you only need to top-up the wine with a quart or less of water in a 5 or 6 gallon batch, the amount of CO2 in a quart of carbonated water is not all that great. If you need to top-up the wine with a greater amount of water than this, then you shouldn’t be topping up with water at all, but rather a similar wine or some other method. Here’s some more information on different ways for topping up a wine.
Absolutely, the carbonated water would drive some of the air out of the fermenter, but not nearly all of it. There’s just not enough of it in a quart or less to do the job completely.
The second issue is getting all the CO2 gas to release from the water. Only a portion of the gas will release through agitation. The rest will want to stay saturated in the water. One way to get the CO2 gas to release more completely from the water would be to make sure it’s warm. The CO2 gas will release more freely from warm water than cold.
Having said this, I do not see any problems with putting carbonated water in the fermenter for topping-up the wine. It will be effective in driving out some air, just marginally so. 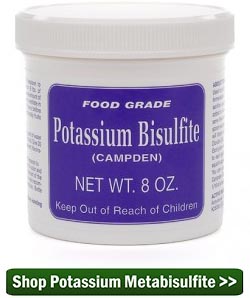 I personally have never concerned myself with purging air from my fermenters when racking. The amount of contact time with the air is not enough to oxidize the wine in any way. Oxidation takes time. The one thing you do have to look out for is splashing. You do not want the splash the wine with racking. Fill the fermenter from the bottom up. That is, have the hose reach to the bottom of the fermenter being filled so that the hose is in the wine during the racking and not splashing.
Secondly, if [the fermentation has completed, and] you add sulfites such as Campden tablets or potassium metabisulfite to the wine after racking — as you should — you will be driving any air out of the wine and replacing it with SO2 gas in a matter of minutes.
There is nothing wrong with topping-up your wine with carbonated water. I just don’t think it will be affective in purging the air out of the fermenter.
Happy Wine Making,
Ed Kraus
—————————————————————————————————————–
Ed Kraus is a 3rd generation home brewer/winemaker and has been an owner of E. C. Kraus since 1999. He has been helping individuals make better wine and beer for over 25 years.