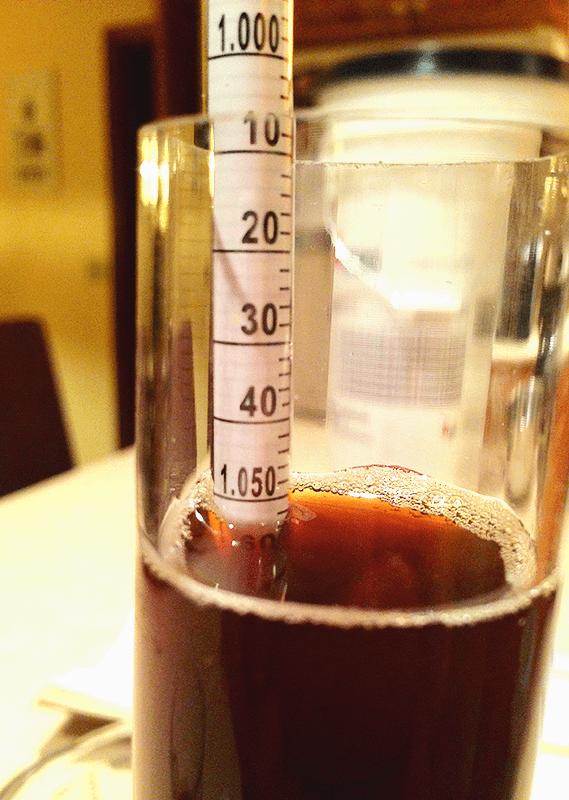 So you’re sitting there with your beer in the secondary fermenter and expecting to bottle when what do you know – that beer you expected to finish around 1.010 on the hydrometer is still hanging out at 1.050. The beer yeast brought the gravity down by a mere ten points! What we have here is a stuck beer fermentation.

This is where meticulous note taking comes in handy. When things don’t go the way you want them to, your notes can point you towards the source of the problem.

Let’s see if we can figure out what went wrong.

What Is a Stuck Beer Fermentation and Why Does It Happen?

Fermentation is a process conducted by beer yeast, a living organism. Yeast requires certain conditions for the fermentation to take place, and if those conditions aren’t met, the fermentation can stop well before it should. Most beers will finish at 1.020 or lower, so if your beer stops fermenting at 1.030 or higher, you may have a stuck beer fermentation.

Here are a few of the reasons why your beer is not fermenting:

How to Prevent a Stuck Beer Fermentation

How to Fix a Stuck Beer Fermentation

This is the hard part. It’s very difficult to revive yeast that isn’t doing its job, and it may take some detective work to figure out the best course of action. These are a few of the approaches one could take to fix a stuck beer fermentation:

Now that you are familiar with a stuck beer fermentation and understand better the potential reasons why your beer is not fermenting, hopefully, you’ll never have to deal with one.

Have you ever had a stuck beer fermentation? Were you able to fix it? How did you do it?
—–
David Ackley is a beer writer, brewer, and self-described “craft beer crusader.” He holds a General Certificate in Brewing from the Institute of Brewing and Distilling and is founder of the Local Beer Blog.

2 thoughts on “What’s A Stuck Beer Fermentation, And How To Avoid It!”