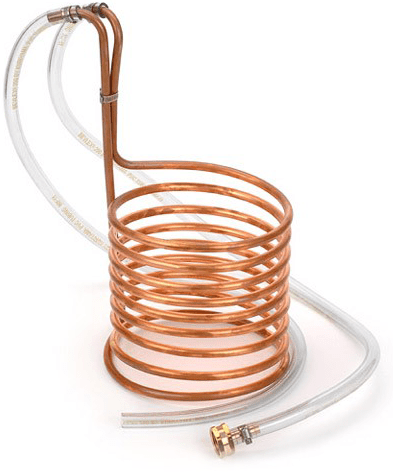 After boiling your homebrew beer for an hour, you may think that you’re done. Not quite. There are still a couple more steps that can go a long way towards improving the quality of your homebrew. One of these is chilling the wort after the boil, and there are several benefits for doing it quickly. Here’s some information on why you should chill your wort quickly and how to chill your wort quickly.

There are three main reasons why we chill the wort in the first place:

So, now that we’ve learned reasons why to chill a wort and why it helps to do it quickly, what’s the best way to accomplish this? How do we chill a wort quickly? Homebrewers have a couple of options:

Now, you know how and why to chill a wort quickly. So the next time you brew, focus on making sure you chill your wort quickly. You’re likely to notice a difference in both appearance and taste.

What method do you use to chill your wort?
—–
David Ackley is a beer writer, brewer, and self-described “craft beer crusader.” He holds a General Certificate in Brewing from the Institute of Brewing and Distilling and is founder of the Local Beer Blog.

3 thoughts on “How And Why To Chill Your Wort Quickly”