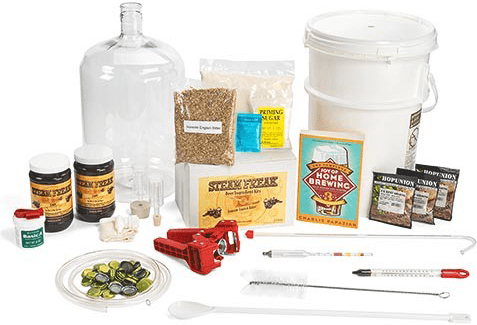 I’m frequently asked by craft beer fans what they need in order to start brewing their own beer. Is there a home brewing equipment list that one could follow? Luckily, Adventures in Homebrewing has taken the guess work out of this question by offering a Starter Home Brew Kit, which includes a bunch of equipment and one ingredient kit for the homebrewer’s first batch of beer. The only thing not included is a large kettle, which you may have on hand already. (If you don’t, we can hook you up with a brew kettle, too!)