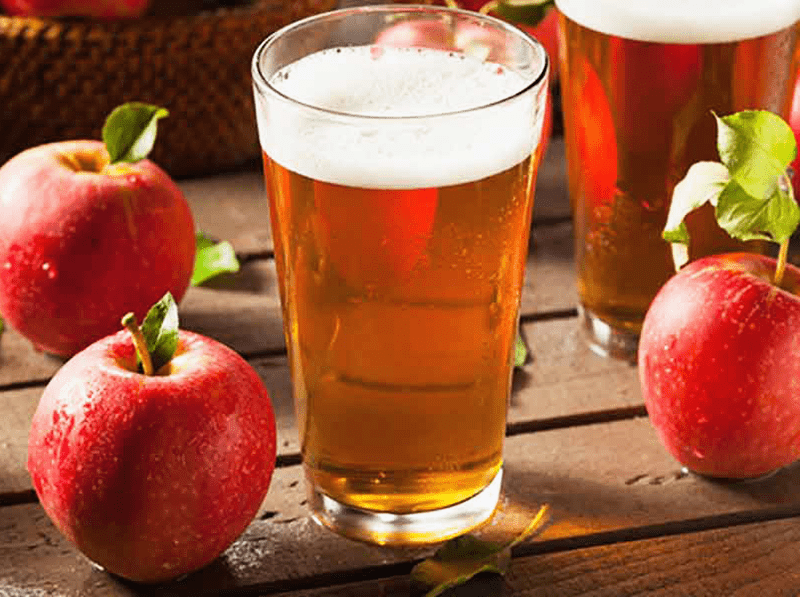 Back in August of last year, you may have caught this post about my love for experimenting with homebrew. I’m here to remind you that it’s all true. So much so, I’ve taken it one step further…
Friends really enjoyed one of my recipes introduced in that post – a beer/cider hybrid called “graff.” Essentially a malted cider, the brew combines the best of both drinks. You get aromas of apple sweetness as well as some hoppy flavor. A friend and I recently decided to tweak the original graff recipe to test our ability to create something akin to apple pie in a glass.
The results were decidedly tasty!
For reference, here’s the original graff recipe, which has you steep some grains in two gallons of water for 30 minutes at 155°F before an hour-long boil with liquid malt extract and hops:

Basic Graff Recipe
(5 gallons)
3 lbs. extra pale liquid malt extract
1 lb. honey malt
2 oz. Cluster hops at :60
By topping off with pasteurized apple juice or cider to make five gallons and fermenting with Wyeast 1056, you’ll get an ideal blend of beer and cider. I even added about a quarter-pound of honey with five minutes left in the boil to give it a sweet tinge.
While this graff recipe is great year-round, I started thinking about how to make it even more appropriate for fall. A discussion with my homebrewer friend led us to yet another experiment: this time trying to combine more aspects of a stout with the apple base.
Here’s the mad scientist graff recipe we decided to use: 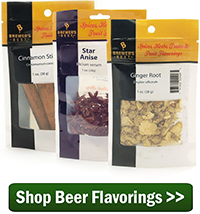 “Apple Pie” Graff Recipe
(partial-mash, 5 gallons)
.25 lb. black patent malt
.5 lb. flaked oats
.5 lb. two-row pale malt
1 lb. extra dark crystal malt
3 lb. amber liquid malt extract
1 oz. Challenger hops at :60
.5 oz. Kent Goldings hops at :30
.5 oz. Kent Goldings hops at :15
Directions: Steep all the grains in two gallons of 155°F water for 30 minutes. Bring to a boil and add the extract and hops, according to schedule. Top the wort off with three gallons of pasteurized cider or juice, adding a little water if necessary to make five gallons. Use Wyeast 1968, which is a perfect complement for the sweet juice used in this beer.
If you want to add an additional layer to this brew, add one cinnamon stick to your priming sugar boil on bottling day.
The result – at least what we found – was a homebrew that nearly resembled a baked apple pie. The apple flavor was unmistakable, but the combination of grains provided both roasted and sweet flavors amounting to a baked pastry.
But most of all, it was a fun excuse to experiment again. Don’t be afraid to try variations of your own when taking on the graff recipe, including different hops to see how those flavors play to your tastes!
———————————–
Bryan Roth is a beer nerd and homebrewer living in Durham, North Carolina. You can read his thoughts on beer and the beer industry on his award-winning blog, This Is Why I’m Drunk, and send him suggestions on how to get his wife to drink craft beer via Twitter at @bryandroth.