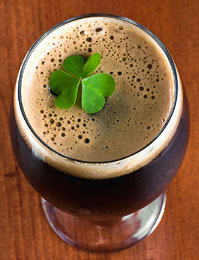 At one time, both Ireland and Scotland were part of the British Empire. (Today, the Republic of Ireland is a sovereign nation.) There is evidence of brewing in Scotland and Ireland dating back hundreds, if not thousands of years. More recently, both countries have contributed a variety of distinct beer styles to the world of brewing, a few of which are listed below.
From Ireland
When it comes to beers of the world, one of the most widespread styles of beer comes from Ireland, but Guinness isn’t the only player. Kilkenny, Beamish, and Murphy’s all brew traditional Irish beer.

From Scotland
Another country noted for brewing beers of the world is Scotland. As recently as the early 20th century, Scotland had a vibrant brewing industry. During the colonial era, Scottish “export” beer was shipped throughout the British Empire, as far as America, Australia, and India. A variety of traditional styles that originated in Scotland are still brewed today.

Do you enjoy Irish and Scottish ales? What are some of your favorite beers of the world?
———————————————————————————————————-
David Ackley is a beer writer, brewer, and self-described “craft beer crusader.” He holds a General Certificate in Brewing from the Institute of Brewing and Distilling and is founder and editor of the Local Beer Blog.