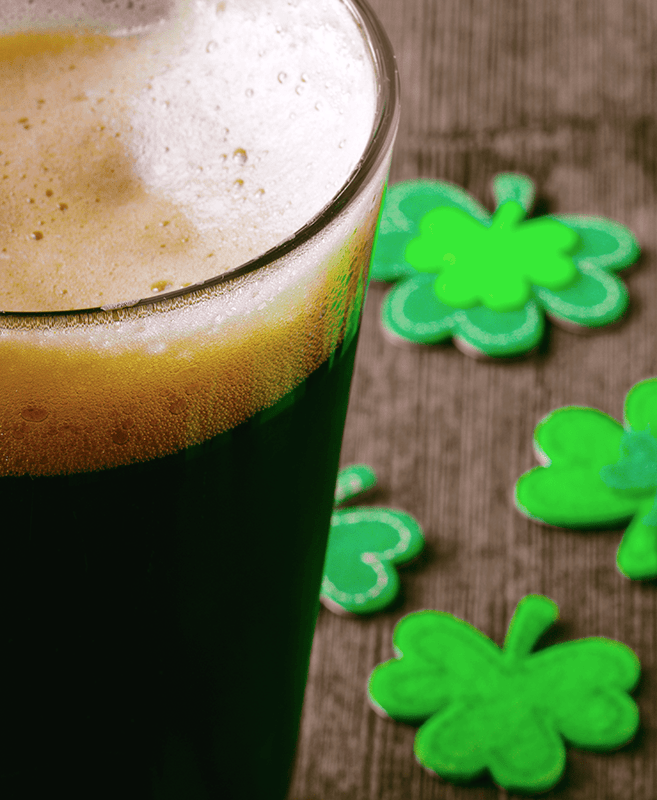 An Irish stout is a dark, robust ale, technically considered a dry stout. (Other types of stout include sweet stout, oatmeal stout, American stout, and Russian Imperial stout.)
We can’t talk about Irish stouts without mentioning Guinness. Since the late 1700s, Guinness has been brewing dark, flavorful ales in Dublin. They now distribute their famous stouts all over the world. Murphy’s is another example of Irish stout. It’s somewhat less bitter than Guinness. Try both, as well as a stout from your local brewery, to get a sense of the flavor characteristics that you enjoy in an Irish stout.

Brewing Irish Stout
The easiest way to go about brewing an Irish stout is to use a beer recipe kit. Brewers Best has an excellent Irish Stout Recipe Kit, as does Brewcraft.
For the more adventurous brewers, follow these guidelines to build your own beer recipe.

Replace a portion of the roasted barley with black malt or chocolate malt to reduce to dry bitterness. Try Murphy’s, Guinness, and other Irish Stouts to judge how much bitterness you would like.
These ingredients can be combined with mild ale malt or light malt extract to form the majority of your grain bill. Your original specific gravity shouldn’t exceed 1.050.
One defining characteristic of Irish stouts is their creamy mouthfeel. Sometimes this is achieved through the use of flaked barley (Guinness uses about 25% flaked barley in their Guinness draft). Sometimes these Irish stouts are given an extra creamy mouthfeel by using nitrogen instead of CO2 to “carbonate” the beer. Nitrogen forms smaller bubbles than CO2, so they’re less prickly on the tongue. It can be difficult to accomplish this as a homebrewer, though if you’re set up to serve your beer on draft, it can be done with sanitary nitrogen instead of CO2.

Hops
English hops work best when brewing Irish stout. The majority of hops in Guinness is Kent Goldings, while Murphy’s uses mostly Target. Shoot for 30-45 IBUs. Since hop aroma is low to none, emphasize the early additions. 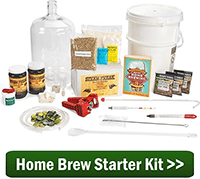 Yeast
Irish stouts typically have some mild fruity aromas, which come from esters produced by the yeast. Wyeast 1084: Irish Ale is the best option here. Prepare a yeast starter to achieve a complete fermentation and the dry finish you’re looking for.
With these basics, you’ll brewing Irish stout fit for the pub in no time. What tips do you have for brewing a stout?
—–
David Ackley is a beer writer, brewer, and self-described “craft beer crusader.” He holds a General Certificate in Brewing from the Institute of Brewing and Distilling and is founder and editor of the Local Beer Blog.