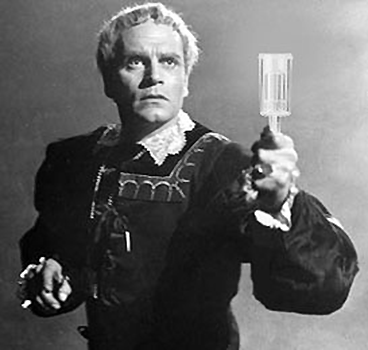 It is a matter of weighing all the pros and cons differently.

The reason you use a fermentation airlock is to protect the wine from contamination. If you leave the lid and airlock off the primary fermenter and the fermentation begins in a timely manner and ferments vigorously, there is very little chance of the wine becoming compromised in any way. Not only is the CO2 gas rapidly rising off the fermentation, protecting it from fall-out of airborne nasties, but the vigorous activity of the wine yeast themselves are also destroying any contaminants that may make their way to the liquid.

The harder the wine ferments, the more protected the wine will be, and the sooner your wine will have completed its fermenting.

Wine kit manufacturers say to themselves, “we do not know that everyone’s fermentation is going to start as it should. What if it doesn’t and the airlock is not being used? Then there is a possibility of the fermentation being taken over by a mold or bacteria. We would rather be safe, because we are not sure every single fermentation will start-off as intended.”

So it comes down to this: 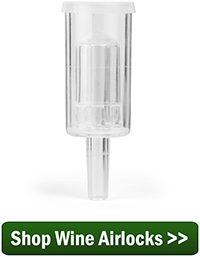 I would like to point out that keeping an airlock off the primary fermentation is not something we made up. It is regularly practiced in the wine industry. It is also the typical way a fresh fruit wine is made by home winemakers.