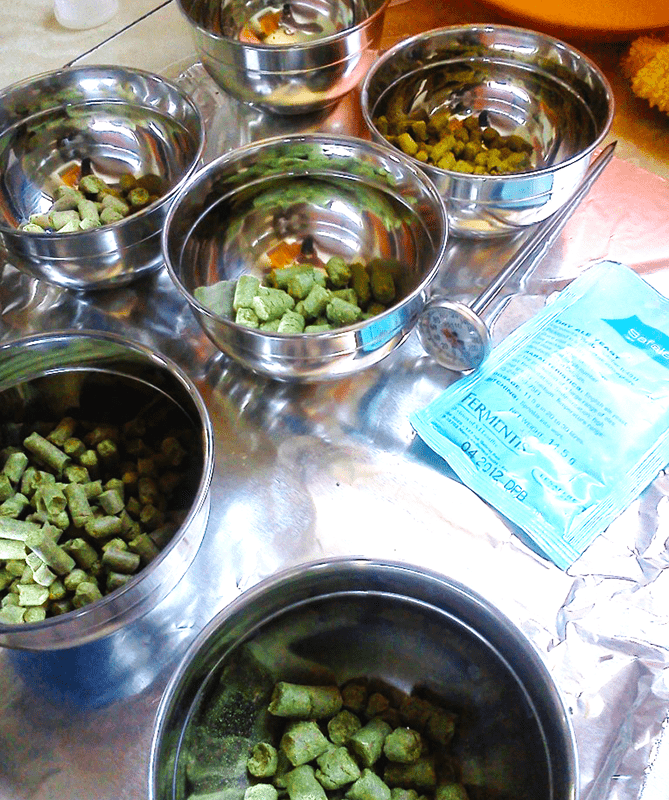 the defining ingredient in many styles of both craft and homebrewed beer. From brown ales to stouts to IPAs, there’s hardly a beer out there that isn’t made with the addition of hops.
You may be aware that adding hops to beer at different points of the boil contribute different characteristics to the finished beer. Hops added early to the boiling wort are responsible for most of the bitterness in the beer, while hops added later to the boil contribute more of the floral, spicy, piney, or citrusy flavor and aroma qualities that hopheads know and love.
If you are following a beer recipe it is customary for it to state the boiling times for the various hop additions, whether it be: 60, 30, 15 or 5 minutes. Just following these times for standard hop additions.
But besides these standard hop additions through out the wort boil, there are a few alternative techniques for adding hops to beer that you may want to have in your homebrewing tool box:

What’s your “go-to” technique for adding hops to beer? Please share in the comments below!
—–
David Ackley is a beer writer, brewer, and self-described “craft beer crusader.” He holds a General Certificate in Brewing from the Institute of Brewing and Distilling and is founder and editor of the Local Beer Blog.