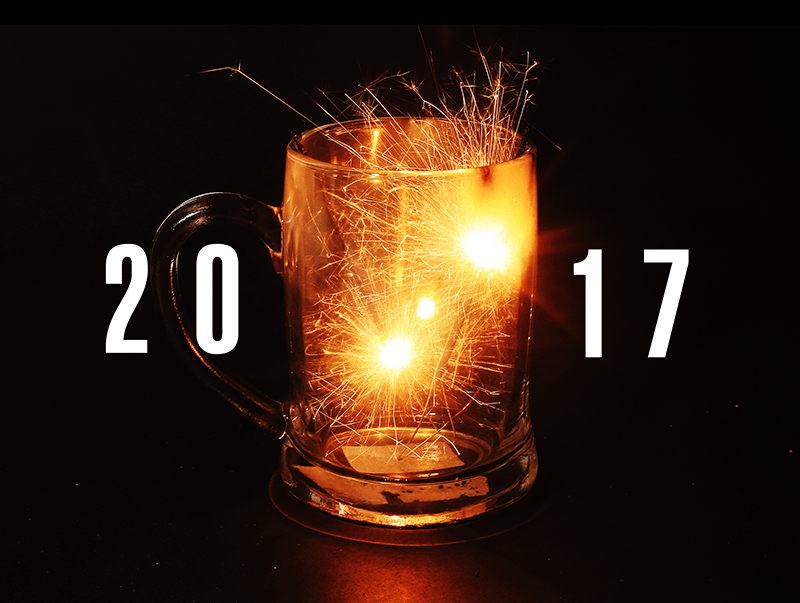 The New Year is a great time to reflect on accomplishments from the past year and think ahead to the next twelve months. While contemplating your goals and objectives for 2017, don’t forget to consider your brewing habits!

Below are my six “Brew Year’s” Resolutions:

What changes do you want to make in 2017?
—————————————————–
David Ackley is a beer writer, homebrewer, and self-described “craft beer crusader.” He holds a General Certificate in Brewing from the Institute of Brewing and Distilling and is founder of the Local Beer Blog.