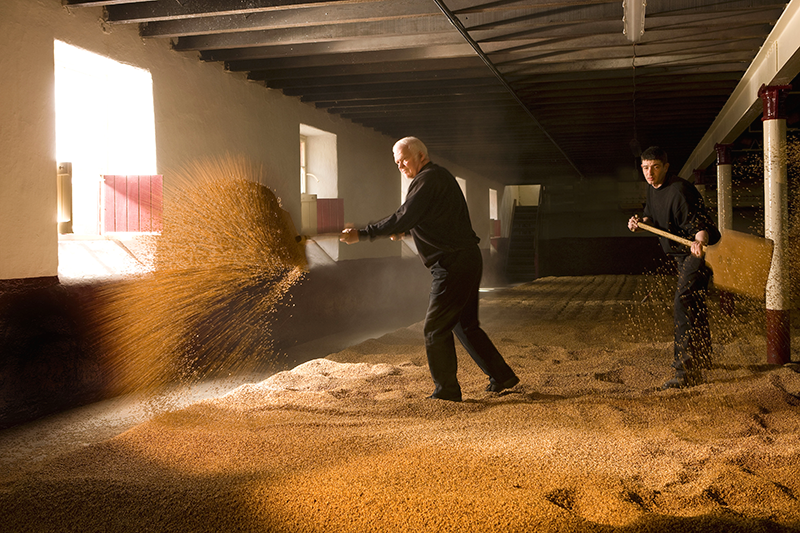 Malted barley is one of the four essential building blocks of beer. (The other three are water, hops, and yeast.) Most commercial beer is made with malted barley, though some beers are made with wheat malt, rye malt, and other cereal grains. So, what is malted barley?

Barley is a grass that comes in a 2-row or 6-row variety, which corresponds to way the grains are arranged around the barley stem. Barley grains (also called corns) are the seeds of the plant that in optimal conditions will grow into a plant. The corns store energy in the form of starch, a complex sugar, so that the plant can grow.

These sugars are what brewers use to make beer. The grain provides the sugar that feeds the yeast, which in turn converts the sugar into alcohol and CO2. But before these sugars can be used, they must be made accessible through a process called malting.

The Malting Process
Malting the barley is a three-step process carried out by a professional maltster. Using a variety of barley grown specifically for making beer, the maltster creates conditions that encourage the barley corns to grow, then kilns the barley corns before they have a chance to grow into plants:

Malted barley is generally categorized by color and given a Lovibond number rating between 1 and 500 to rate the color (1 being pale; 500 being black). These are several of the most common malted barleys:

Now that you know the answer to the question: “what is malted barley?”, what are some of your favorite malts for brewing beer at home? And, what brews do you use them in?
—–
Ed Kraus is a 3rd generation home brewer/winemaker and has been an owner of E. C. Kraus since 1999. He has been helping individuals make better wine and beer for over 25 years.