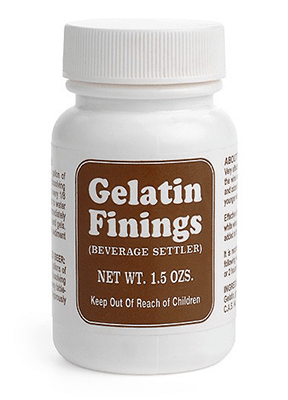 Using gelatin is a very effective way to clear beer. But what is it, and how does it work?

What is Gelatin?
Gelatin is derived from animal collagen. Now, hold on to your stomachs for a second. Collagen is a protein found in connective tissue like tendons, bones, cartilage, and skin. It’s processed (heated) to form gelatin, which is then purified for use in the food industry.
Now, before you go all PETA on me, keep in mind that collagen is found in many foods – meat (in its natural state), desserts, and candy – as well as cosmetics. But if the idea of an animal-based product in your beer freaks you out, remember that whatever gelatin you add to the beer will settle out completely. Still, if you’re a strict vegetarian or vegan you may want to avoid using gelatin to clear your beer altogether. For the rest of us carnivores, gelatin is perfectly acceptable way to get a bright, clear beer.

How Does Gelatin Work?
When mixed with water, gelatin creates a thin, positively charged solution. When added to the beer, it attracts negatively charged particles – yeast and protein – which clump together. Their collective mass helps them settle to the bottom of the fermenter or keg.
Gelatin works best in combination with other finings, like Irish moss, a fining agent that gets added during the boil. Essentially, Irish moss will help protein coagulate at the end of the boil. Whatever doesn’t settle out in the cold break will then have another opportunity when the gelatin is added at the end of fermentation.
Ready to improve the clarity of your homebrew? Find step-by-step instructions for using gelatin in your homemade beer below: 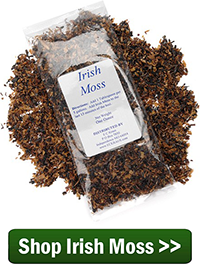 How to Use Gelatin to Clear Your Beer
About two days before bottling or kegging:

Some homebrewers add gelatin directly to the keg or bottle the beer immediately after adding, but personally, I’d rather give it a chance to settle out in the fermenter before bottling or kegging. Either way, gelatin is an effective tool for improving the appearance of your homebrew.
Do you use gelatin to clear your beer? What other techniques do you use to improve beer clarity?

—–
David Ackley is a writer, brewer, and craft beer marketing consultant. He holds a General Certificate in Brewing from the Institute of Brewing and Distilling and is founder of the Local Beer Blog.

12 thoughts on “How to Clear Your Beer with Gelatin”