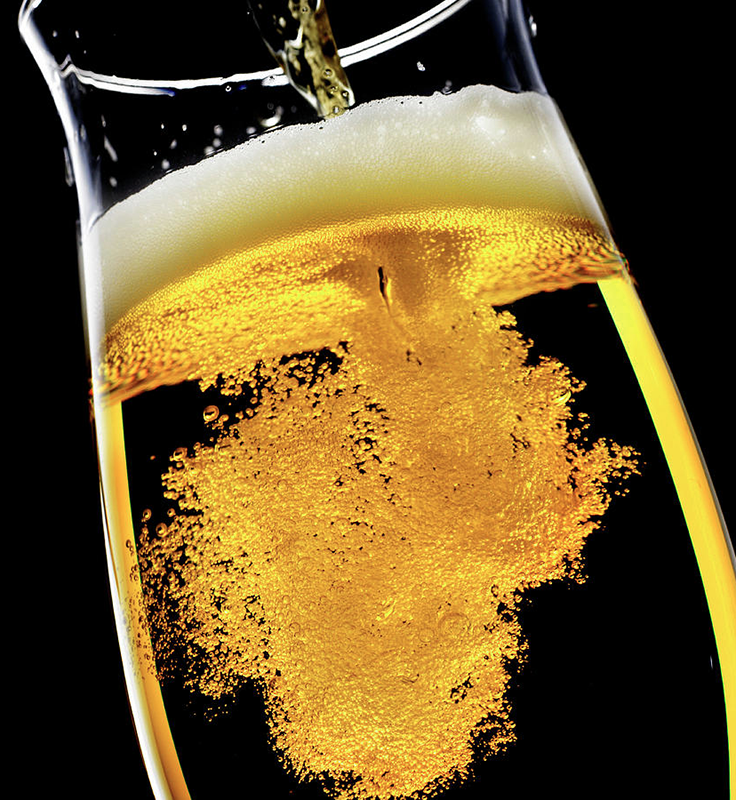 Bohemian-style pilsner is one of those beers that works in nearly every situation. It’s refreshing, easy-drinking, and pairs well with a variety of different foods. That’s why I’d thought I’d share this simple, but prize-winning, pilsner beer recipe.
Pilsner was developed in the area formerly known as Czechoslovakia, in a place called Plzen. Plzen, incidentally, is home to Pilsner Urquell, one of the most iconic pilsner breweries, founded in 1842. Pilsner Urquell was the original pilsner lager, a style that spread all over the world and is probably the most consumed style of beer in the world (though the American pilsners are quite different than Czech).
Characterized by a pale yellow color, Bohemian-style pilsners feature a pilsner malt flavor with a pronounced hop bitterness. At 35-45 IBUs, it’s about as bitter as an American pale ale, however, unlike the pale ale, Bohemian pilsners have low to medium hop flavor and no fruity esters in the aroma. And instead of the citrus/pine hop flavors we see so often with American hops, the Bohemian-style pilsner beer recipe tends to exhibit the qualities of the noble hops: spicy, earthy, and herbal.
As a lager, it’s important that Bohemian Pilsner be fermented at lager temperatures, usually around 45°-55° F. This means you will have to get a handle on controlling your fermentation temperatures.
The beer recipe below comes from Marty Nachel’s Homebrewing for Dummies. It won 1st Place at the AHA Nationals.

6 lbs. light liquid malt extract
1 lb. amber dry malt extract
1 oz. Chinook hops at :60 (11.5 AAUs)
1 oz. Saaz hops at :15
1.5 tsp. Irish moss at :15
1 oz. Saaz hops at :5
1 packet Safale US-05
Directions
To make this Pilsner beer recipe you will need heat 2.5 gallons of clean, chlorine-free water to about 150°F. Remove the kettle from the heat source and thoroughly mix in the malt extract. Bring wort to a boil, then add hops according to schedule. At the end of the 60-minute boil, chill wort using an immersion wort chiller or ice bath. Transfer wort into a sanitized fermenting bucket containing about 2.5 gallons of pre-chilled, distilled water. Top off with enough water to make 5 gallons. Stir well and aerate.
Rehydrate the lager yeast in warm water before pitching. Gradually add small amounts of cooled wort to your yeast mixture until the yeast is within 10-15 degrees of the wort. Pitch yeast and ferment at 54˚F for two weeks, then transfer to secondary. Drop the fermentation temperature about 10 degrees over 5 days and lager for 2-3 months. After the lagering phase, bottle or keg as usual.
Do you think this Bohemian-style pilsner beer recipe would be something you’d like? Interested in more tasty lager recipes? Check out these 3 Homebrew Lager Clones.
—–
David Ackley is a writer, brewer, and craft beer marketing consultant. He holds a General Certificate in Brewing from the Institute of Brewing and Distilling and is founder of the Local Beer Blog.