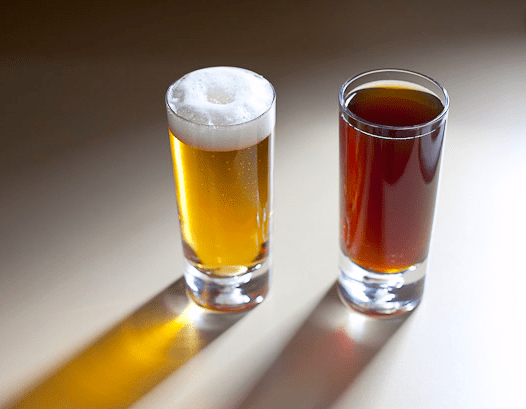 One of several problems that can happen in beer brewing is oxidation. Blogger Bryan Roth explores oxidation, its effects, what causes it, and how to avoid it.
———-
The process of oxidation is detrimental to your beer, but it’s something that can be difficult to avoid. To some degree, oxidation in homebrew will occur whether you keg or bottle your beer.
Oxidation in homebrew is a chemical process that can destabilize it and cause stale, off-flavors. Most commonly, people describe the taste of oxidized beers as having flavors of wet cardboard, sherry, or fruit, but that’s not the only issue. Along with altering the taste of your beer, oxidation can also affect the quality of your beer. Having oxidation in your homebrew can cause it to be less stable, meaning it will not stay as fresh as long.

When Oxygen Is Good For Homebrew?

A tricky part of the oxidation concept is that oxygen is actually beneficial early in the brewing process, so there is a time when oxidation in the homebrew is good. Properly aerating your wort on brew day can be pivotal to a successful homebrew, as oxygen is critical for yeast health. 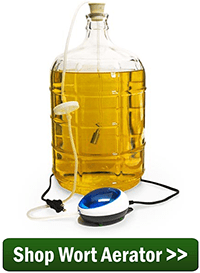 After you’ve boiled and cooled your wort and moved it into your primary fermenter, take a few minutes to rapidly stir or shake and rock your wort. At this early stage, building a frothy head on your wort is good, as pitched yeast will need the air for healthy growth and will remove the oxygen during the fermentation process. You can even purchase aeration devices to help this process.
After you’ve pitched your yeast and fermentation has begun, you’ll want to avoid shaking and agitating your beer as much as possible.

When Oxidation May Occur In Your Homebrew
Oxidation can take place at many points throughout the brewing process, from creating a large froth while stirring your mash to the moment you move your beer into a keg or bottle. For most homebrewers, their beer is at greatest risk of oxidation while racking from one carboy to another or into their final vessel of choice, whether it be bottle or keg.
In all these instances, it’s important to try and avoid splashing of your beer. You’ll be able to tell when you’re at risk whenever you see a growing froth on top of your wort or beer. If you’re racking, pay attention to your tubing: if you see a lot of bubbles moving through, check the fitting of your tubing 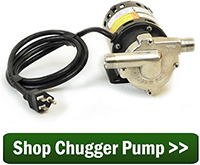 and siphon connections to make sure they’re tight. While moving beer from one carboy to another, allow your siphon tubing to rest on the bottom of the secondary fermenter or as close to the rising beer as possible. This will dramatically reduce the oxidation in your homebrew.

How to Avoid Oxidation In Homebrew When Kegging or Bottling
Homebrewers who keg their beer may have an easier time avoiding the effects of oxidation so long as they’ve been careful in other steps of the brewing process. Purging a keg with CO2 before and after filling it with homebrew will help keep the beer fresh.
Those who bottle, however, will still want to make sure to avoid unnecessary splashing or air bubbles while racking into bottles. Moving a homebrew from a carboy to a bottling bucket can help, as a spigot and properly fitted tubing will move the beer safely from one vessel to your bottle. Luckily, the yeast that will carbonate your beer will consume some of the oxygen that may make it into the bottles.

Many homebrewers also prefer to use oxygen absorbing bottle caps that will help mitigate oxidation. Be sure to also store your beer in a place where temperatures are controlled and preferably cool. Warm storage can promote oxidation in homebrew.
Bottled beers can’t help but become oxidized over time, so know that some beers styles may be impacted greater than others. Your IPA, for example, may have a shift in its hop flavor compared to a barleywine or imperial stout, which may actually find pleasant tastes from sitting in cool storage for a little longer than normal.
The important thing to remember when it comes to oxidation in homebrew is that once properly carbonated, many beer styles are meant to be consumed fresh. Don’t be afraid to pop your cap and enjoy it!
—–
Bryan Roth is a beer nerd and homebrewer living in Durham, North Carolina. You can read his thoughts on beer and the beer industry on his blog, This Is Why I’m Drunk, and send him suggestions on how to get his wife to drink craft beer via Twitter at @bryandroth.

9 thoughts on “The Trick To Avoiding Oxidation In Homebrew”