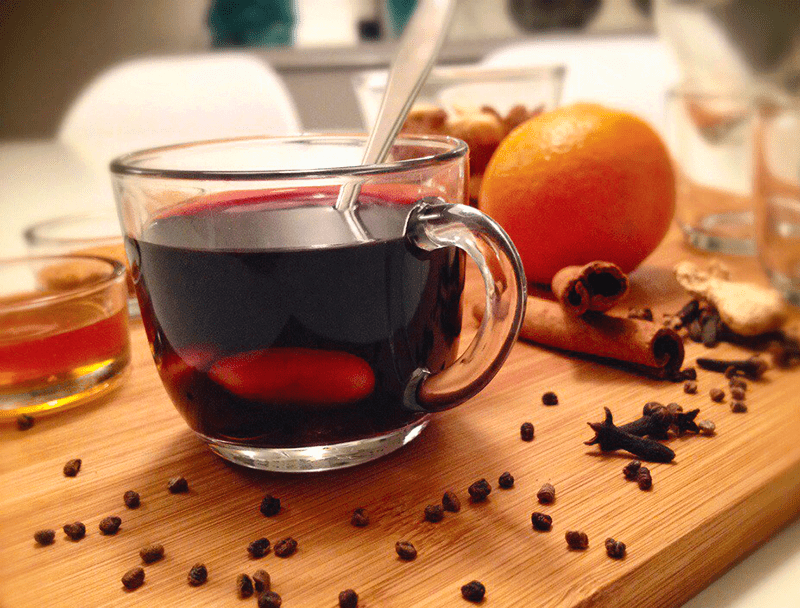 I have been thinking about trying to make something to serve during the holiday. Possibly something with a slight cinnamon or clove flavor or maybe a cider flavor as well. Do you have any suggestions?

Thanks for your help.
Steven
—–
Hello Steven,

It’s hard to beat a hot cup of spiced wine. It’s actually called mulled wine. And, it’s very simple to make… All you need to start out is a bottle of your favorite wine. Usually, its a sweet or semisweet wine, but any wine you like will do.

Making Mulled Wine
Heat the wine up in a sauce pan. Add to this a mix of spices. Typically it’s a combination of spices such as cinnamon sticks, nutmeg, cloves, star anise, allspice and citrus peel. You can also go as simple as heating up the wine; add it to a coffee mug and throw in a couple of cinnamon stick and serve. If the wine’s not sweet enough add some brown sugar or honey, to taste.

When making a mulled wine a typical recipe would go something like this, but you also can play around with other ideas:

Regardless of how you make the mulled wine, it’s a great way to enjoy the cold winter months and holiday gatherings, and there’s not much fuss to preparing it.

I have been making mulled wine to warm up the holidays for years. Not only does it taste incredible, it fills the house with a wonderful, comforting smell of the holiday season.

1 thought on “Making Mulled Wine For The Holidays”