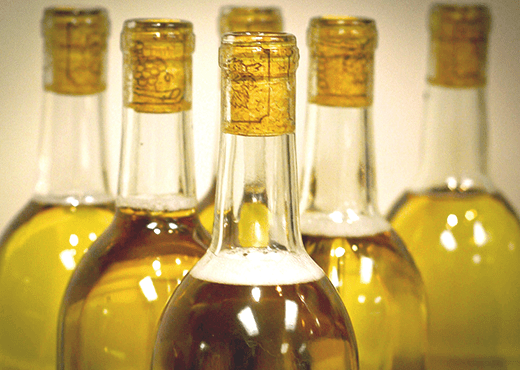 Hi everyone!
So today I had to decide whether or not to go ahead and bottle my homemade Carmenere wine (batch #3 total) a week early, or hold off for another week or so.  If you recall, I had a mini disaster with my Carmenere in that I lost a little bit of it and had to quickly transfer the rest into my primary fermenter due to a structural integrity failure of the spigot on the carboy the wine was in.  It’s not the most ideal holding place for it, as the surface area of the wine touching the air is a lot greater than if it had remained in the taller, thinner carboy.  Alas, at the time I had no other choice but to hope for the best.
Anyway, if I were to follow the remainder of the instructions to a T, then I would need to bottle the wine on a particular weekend that I am scheduled to go out of town.  I had to decide then if I was going to bottle early or bottle late.  Part of me wanted to bottle the wine early, as I’m nervous about storing the wine in the primary fermenter as opposed to a carboy, but the other part of me wanted to wait because 1) I don’t like to feel rushed, and 2) I don’t have all the proper equipment to do the bottling anyway!  Whoops!
To put my mind at ease, I very quickly cracked the top of the primary fermenter to take a peek at the wine and also take a sniff, and everything looks OK so far.  I didn’t want to leave the top open very long, as I didn’t need to introduce any more oxygen than what was already in there to begin with!  Since I had that dramatic morning with the emergency wine transfer, I’ve sort of given up the hope that this will be a crazy good wine anyway.  Sure, I suppose it still might end up being awesome, but I’m not going to lose any sleep over delaying bottling since if the wine is bad, it’s gone bad already and there probably isn’t much I can do about it with the resources that I have.
So, what I will do instead is come up with a list of things I need to purchase in order to get this bottling done when I return from out of town, and put an order into ECKraus.
Here’s what I am going to get:
-Wine Bottles:  yes, I should have been saving up wine bottles to just reuse—which I had been!—but turns out I only saved enough for my Pinot Chardonnay and have barely anything left for the Carmenere.  Next time, I’ll go to a local winery and pick up a bunch of empties from them, but in the meantime, I’ll just go ahead and order some new wine bottles this one time.
-Corks:  I only bought enough wine bottle corks last time for one batch of wine, since I wasn’t sure how much trouble it was going to be putting them in.  After bottling the Pinot Chardonnay, I realized that the process is ridiculously easy and I am going to go ahead and stock up.
-What I’d like to get eventually but won’t be ordering just yet—A wine filtering system.  Yeah yeah, I know I keep saying I need one of these.  Yes, I’ll get one eventually!  I’m thinking for now I’ll try to be more careful to not mix up any of the sludge at the bottom of the container and I can decant the bottles later if necessary!