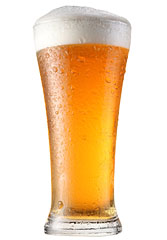 Beer is so delicious and refreshing that people often wonder how it is made. Making beer isn’t exactly rocket science, but making it tasty and flavorsome is certainly an art. Let’s see how beer is made delicious.
You start by using barley, fresh hops, yeast, and water. Barley makes the body of beer and hops are used to add flavor. Sugar from barley is consumed by beer yeast to produce alcohol, which is the driving force of beer. Here are the steps.
Malting
Brewing starts when barley is heated and dried. This makes the grains crack to release enzymes that are needed for mashing. Although barley is the main ingredient of beer, sometimes brewers experiment with other grains like wheat and rye.
Mashing
Dried barley, now called malt, goes through mashing where it is put into hot water for some time to activate enzymes. This helps the grain to break down and sugar gets released. Thus the water turns sweet and sticky. It is known as wort and is actually unprepared beer.
Boiling
The sugary liquid, wort, is boiled for some time and then hops are added to it. Hops are responsible for the bitterness in beer. They balance out sugar and add flavor to wort. Also, they are natural preservatives.
Fermentation
The wort is set to cool. After that it is filtered and yeast is added to it. The fermentation process begins here and it takes a few weeks as the yeast eats up sugar to create alcohol. It also creates CO2 which responsible for froth in beer.
Bottling
The beer produced at this stage is pretty much flat. It is bottled and artificially carbonated. Or it is allowed to age, where it carbonates naturally. With this process, you get a nice frothy beer that is nourishing and fulfilling.
Now that you know how to make beer, make sure you try it out and let us know how it went!