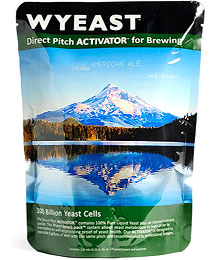 Continuing our exploration of homebrewing terminology, this week we will focus on some characteristics and terms you may hear having to do with beer yeast. A basic understanding of these words will help you produce the beer you want to drink.

Are there any other homebrewing terms you’d like to learn about? Share in the comments below!
————————————————————————————————————-
David Ackley is a beer writer, brewer, and self-described “craft beer crusader.” He holds a General Certificate in Brewing from the Institute of Brewing and Distilling and is founder and editor of the Local Beer Blog.