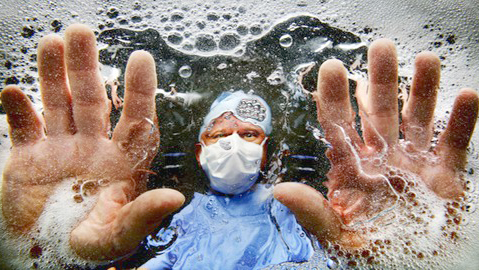 You’ve heard it again and again – cleaning and sanitation are two of the most important aspects of homebrewing. It’s true – lax cleaning and sanitation can easily spoil a batch of homebrew – but there are some things about beer and brewing that inherently prevent spoilage. Knowing what they are can save some time and headache.
Now this advice may go against conventional wisdom, but in an effort to save you some stress, here’s a breakdown of when – and when not – to be overly concerned about home brewing sanitation.

When to Be Paranoid About Home Brewing Sanitation

When NOT to Be Paranoid About Home Brewing Sanitation

This isn’t a license to throw good cleaning and sanitation habits out the window. You’re certainly better off going overboard than missing a spot and spoiling a batch. But in terms of being paranoid about sanitizing, simply make sure your yeast are the only ones fermenting your beer. That’s what home brewing sanitation is all about. Then all you have to do is relax, don’t worry, and have a homebrew!
—–
David Ackley is a writer, brewer, and craft beer marketing consultant. He holds a General Certificate in Brewing from the Institute of Brewing and Distilling and is founder of the Local Beer Blog.