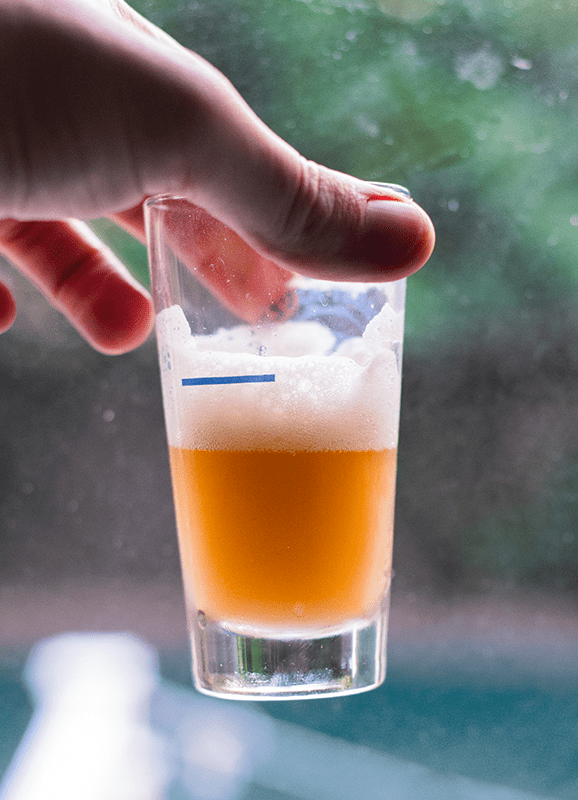 I am about to try brewing my first batch of homebrew. My question is should I be filtering the beer before bottling? I have made wine and Mead before and have not filtered it. I always get a little sediment that collects in the bottom of the bottle. I would REALLY like to be able to bottle the beer without worrying about sediment forming. Any suggestions?
Name: Randy
State: PA
—–
Hi Randy,
Thanks for your question!
Most homebrewers do not filter their homebrew at all for three main reasons:

To expand on the second point, most beginning homebrewers bottle their beer. They add a small amount of sugar beforehand so yeast can consume it and naturally carbonate the beer in the bottle. Filtering the beer before bottling would make it impossible to do so.
But just because there’s beer yeast in the beer doesn’t mean we have to have a cloudy beer or a bunch of gunk at the bottom of the beer bottle. Here are a few of the things that can be done to minimize sediment in beer:

Doing all of the above will ensure minimal sediment in the bottle. It is also important to note that it will usually cause the beer to take longer to bottle condition or carbonate. Instead of 1 week, it might take 2 or 3 to fully bottle condition. Regardless, I would recommend trying these methods before going the filtration route. Here are some more tips for making a clearer beer.
If after brewing a couple batches and deciding that you do want to filter your homebrew, you will need two things: a filter system and a kegging/carbonation system. At the completion of fermentation, you will rack the beer then filter it into a beer keg. You will then force carbonate the keg by storing it under CO2 pressure. Again, I recommend getting the brewing process down before filtering your beer.

Finally, it should also be noted that in some styles of beer, especially the hefeweizen and cask ales, the beer should not be filtered at all to conform to style.
That’s basically it. Filtering a beer before bottling is a no-no. Filtering a beer before kegging is fine but not completely necessary. If you are bottling beer and concerned about have a cloudy beer, try beer finings, first.
If you have any further questions, please do not hesitate to leave a comment below!
Til next time…cheers!
—–
David Ackley is a beer writer, brewer, and self-described “craft beer crusader.” He is a graduate of the Oskar Blues Brew School in Brevard, NC, and founder of the Local Beer Blog.

0 thoughts on “Should Beer Be Filtered Before Bottling?”