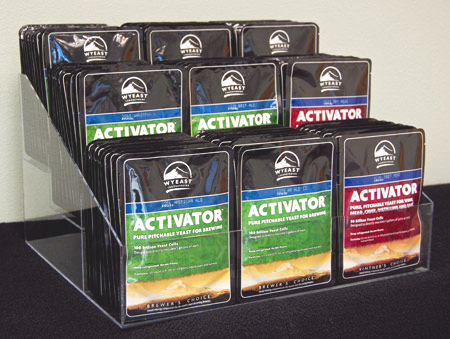 Yeast: that magical micro-organism that turns sugar into alcohol and carbon dioxide. Simply brew up a batch of sweet wort, pitch the yeast, and in a few weeks you have beer!
But not all yeast is created equal. In fact, there are many different strains used for brewing beer, all with different characteristics that influence the flavor, aroma, body, and mouthfeel of your beer. How do you choose the perfect strain for your beer?
In this two-part post, I’ll first outline some of the considerations for picking a yeast strain, then I’ll share many of strengths and weaknesses of the top yeast varieties available to homebrewers.
We’ll start from a broad level, and then narrow down the options.

Yeast Selection: Dry vs. Liquid Yeast
Choosing between dry and liquid yeast is largely dependent on personal preference. Dry yeast is easy to work with and it stores well. Liquid yeast, while offering a great variety of strains to work with, is less stable and usually requires a yeast starter. For some, the extra work is worth it, but for many, dry yeast gets the job done just as well. For simplicity, I’d suggest that beginning brewers start with dry yeast, and then start experimenting with liquid yeast when they’re ready. From that point, you can make the best choice about whether to use liquid or dry yeast on a batch-by-batch basis.

Yeast Selection: Ales vs. Lagers
As far as rules go, this is where you pretty much have to stick to one or the other. Ales, which ferment warm, require top-fermenting ale yeast; lagers ferment cooler and require bottom-fermenting lager yeast. But even this rule can be bent on occasion. For example, the Brulosopher reports having good results brewing lagers with Kolsch yeast. This may be a good option if you’d like to brew a lager, but don’t have a temperature-controlled fermentation chamber. Otherwise, start by sticking to ale yeast for ales and lager yeast for lagers, at least until you get a few batches under your belt.

Yeast Selection: Picking the Right Strain
The perfect yeast selection for you beer will be largely dependent on the style you are making, but there is certainly some crossover. Some styles have more to do with the malt and the hops than the yeast, so a neutral-flavored yeast strain can work in a variety of situations. For example, German Kolsch yeast may be used to brew an American Blonde Ale. English yeast strains might be used to brew American beers, and vice-versa. Even when you purchase a homebrew ingredient kit, don’t feel like you have to stick with the yeast provided. For example, you may get an American Pale Ale kit, but want to try a Belgian strain – go for it! Hold on to the yeast you got with the kit and use it for your next brew.
The main consideration will be choosing a yeast strain based on specific qualities that you want in your beer. Among the most important are 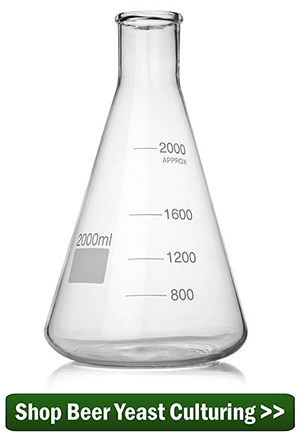 Above all, the question of what kind of yeast is perfect for your brew will be dependent on how it affects the beer you’re making. So when choosing a yeast, think about the flavor characteristics you’re going for in your beer, including residual sweetness and mouthfeel, and choose the best yeast that fits those parameters.
In part two of this post, I’ll share many of the different yeast strains available to the homebrewer and share some style suggestions for each one.
Do you have some favorite yeast strains? How do you choose the perfect yeast for your homebrews?
———————————–
Read Part 2 >>
———————————–
David Ackley is a beer writer, brewer, and self-described “craft beer crusader.” He holds a General Certificate in Brewing from the Institute of Brewing and Distilling and is founder and editor of the Local Beer Blog.

0 thoughts on “Choosing the Perfect Yeast Strain for Your Homebrew – Pt. 1”