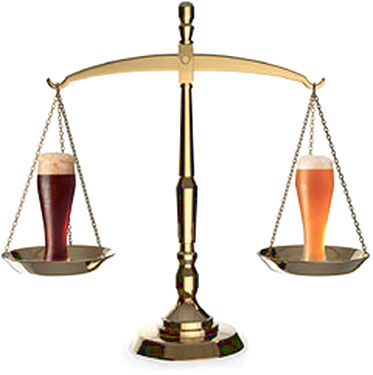 We all know that some beers are more bitter than others. Perhaps you’ve noticed that high gravity barley wines and double IPAs often have IBUs (International Bittering Units) in the 80s, 90s, or above. Without substantial hop bitterness, these beers would come across as excessively sweet.
On the other hand, some beers are more malt forward. Belgian tripels, for example, can be just as alcoholic as double IPAs, but the tripel features phenolics, esters, and malt character, whereas the double IPA tends to be focused on the hops.
What we find in comparing beer styles is that balance can be calculated by comparing the hop bitterness to the original gravity of the beer recipe. It is this IBU and OG balance relationship that primarily controls a homebrew’s hoppy impression or the relative bitterness.
Let’s explore this relationship with some easy math. 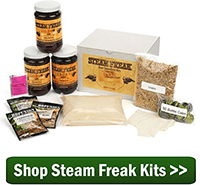 In this case, the bitterness of the tripel is not nearly as prominent as the IPA.
The BU:GU ratio may range from as low as 0.20 for the least bitter beers and as high as 1.00 or more for IPAs and other highly hopped beers. To give you an idea of the range, let’s look at some BU:GU ratios from some of our most popular beer recipe kits:

These BU:GU ratios gives us a good indication of the hop bitterness compared to the original gravity. However, there are other secondary factors that can affect the relative bitterness, as well, including dryness (from a low final gravity), astringency (as from roasted grains), and other flavor and mouthfeel characteristics. You may want to take these into consideration when trying to produce a well balanced beer.
For example, a high proportion of caramel malt in the double IPA example may help take some of the edge off the IBUs, while the dryness of the tripel may make it seem more bitter than the IBUs suggest. 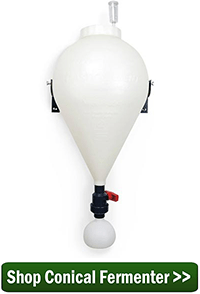 I’d encourage you to explore the BU:GU ratio for some of your favorite beers to figure out how you define good balance. Try calculating the ratio for some of your homebrews and use this number to determine whether you’ve hit the mark or not on hop bitterness and balance.
What to learn more about IBU and OG balance? Ray Daniels examines BU:GU ratios for many of the most common beer styles in his book Designing Great Beers.
—–
David Ackley is a beer writer, brewer, and self-described “craft beer crusader.” He holds a General Certificate in Brewing from the Institute of Brewing and Distilling and is founder and editor of the Local Beer Blog.