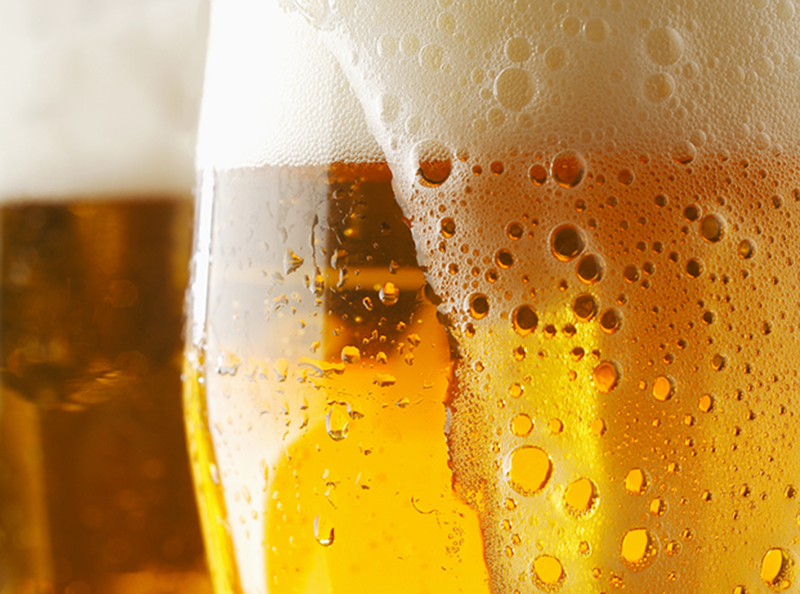 Lagers differ from ales in that they are fermented at a much cooler temperature. Simple right? But the exact procedures and temperature schedule for fermenting lager beer may vary. Below are some general guidelines for fermenting lager beer at home.
While ales typically ferment at room temperature (65-75˚F) all the way through the fermentation, a lager’s fermentation schedule is completely different. Lagers ferment at about 45-55˚F, and then go through an extended lagering phase at temperatures 10-15°F below the primary fermentation temperature.
If you’re brewing lager beer without a fridge, this usually means you’re brewing lagers in the winter, placing the fermenter in a cool basement, possibly rigging up a swamp cooler to help keep the fermenter in the desired temperature range. Alternatively, a spare refrigerator or chest freezer can be made into a fermentation chamber with the simple addition of a temperature controller. This allows the homebrewer to control the lager fermentation temperature to within a degree of the desired target, and to brew lagers year-round. 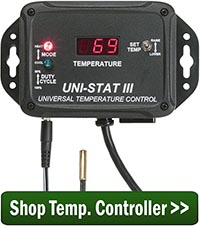 Many of you want to know how long it take s to brew a lager beer. The typical lager fermentation temperature schedule looks something like this:

After the lagering period, bottle or keg as you would normally. If bottling, store the bottles at room temperature until ready to drink. Occasionally, the cold phase can inhibit yeast from creating carbonation in the bottle. If this is the case, you can open each bottle, add a few grains of dry lager yeast, and recap with new, sanitized caps. When in doubt, just go with your standard bottling procedure and be patient. 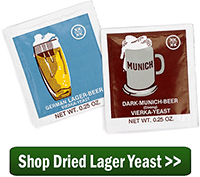 Here are some additional tips if you’re just starting out with brewing lager beer :

This is the basics of brewing lager beer at home –how to approach a lager fermentation temperature schedule, timeline, diacetyl rest, etc. Realize that there are many variations on this, but there is enough information here to produce an excellent lager beer.
If you’re used to brewing ales, maybe it’s time to try a lager. Here are 3 Homebrew Lager Recipes you can try.
—–
David Ackley is a beer writer, homebrewer, and self-described “craft beer crusader.” He holds a General Certificate in Brewing from the Institute of Brewing and Distilling and is founder of the Local Beer Blog.