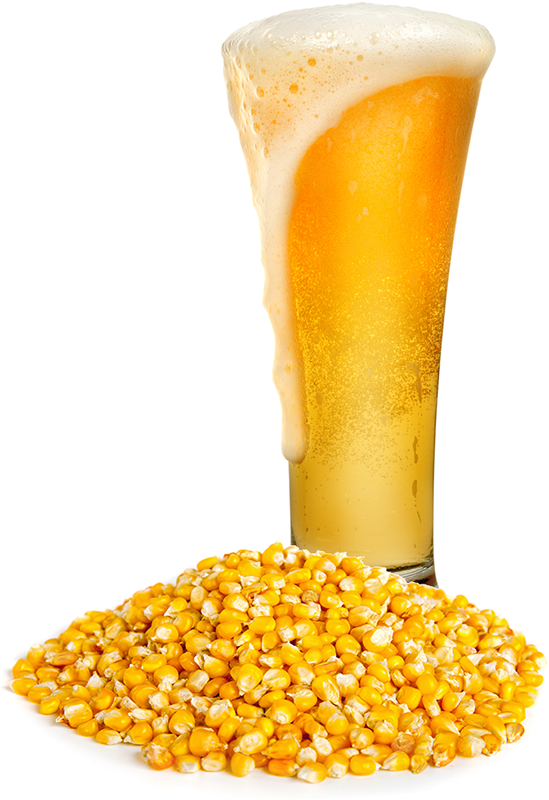 Corn, also known as maize, is most frequently used in brewing as an adjunct grain to lighten beer body, color, and flavor. Though the macro brewers bastardized its use to some extent, today’s craft brewers may find that using corn in beer has its place. Some styles (cream ale, for one) have found a home among brewers who hope to demonstrate that it is possible to make artistic, flavorful beer with maize.
Corn actually played a significant role in brewing long before the modern craft beer revolution. Foreseeing the need for a potable beverage, the earliest European settlers carried malt with them to the New World. But when that ran out, they often turned to brewing beer with corn. Malting maize turned out to be quite a challenge, but the determined settlers found a way to make it work — two ways in fact, as shared in the book Brewed in America.
The easiest method was to bake copious amounts of corn bread. When it came time to make beer, the brewers would just toss the loaves right in the mash tun to make wort! This avoided the process of malting the maize, which turned out to be more difficult than malting barley or wheat.
For those determined to malt the local maize, they found that the best way to do this was to dig a large hole in the ground, wait for the corn to sprout, dig it all up again, wash it, then kiln it. Clearly these settlers were desperate for beer!
Even before the colonists arrived in the New World, chicha was brewed in South America among the Peruvian Incas. Dogfish Head’s Sam Calagione attempted a chicha, and while the end result doesn’t sound very authentic, it’s definitely entertaining to read about.

Of the craft brewers making beer with corn, one in particular stands out. Charlottesville, VA’s Starr Hill Brewing Company researched what Thomas Jefferson might have brewed at Monticello and developed a beer recipe for their limited release Monticello Reserve Ale. Flaked corn is used for a touch of sweet corn flavor, but it’s not at all overwhelming. The beer won a Silver Medal at the 2011 Great American Beer Festival.

Methods for Brewing Beer with Corn
Because corn has a higher gelatinization temperature than barley, it must be cooked prior to mashing. Malting corn is a difficult process and as a result, most brewers will use one of the three forms below:

Interested in brewing beer with corn or maize? Consider the Brewer’s Best Cream Ale Recipe Kit.
—–
David Ackley is a beer writer, brewer, and self-described “craft beer crusader.” He holds a General Certificate in Brewing from the Institute of Brewing and Distilling and is founder and editor of the Local Beer Blog.

6 thoughts on “Brewing Beer With Corn (Maize) – History and Technique”