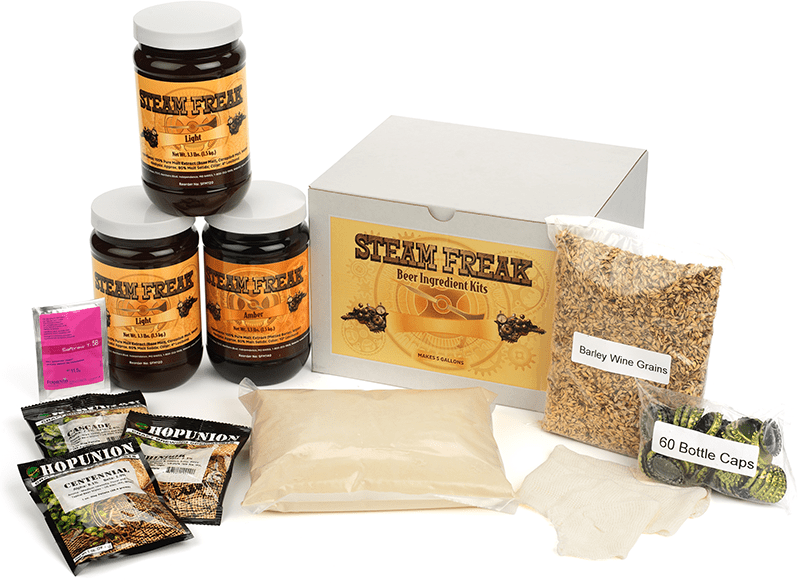 As the weather gets warmer, many homebrewers turn towards beers that are relatively light and refreshing – Russian Imperial Stouts are a bit heavy this time of year. Here are ten suggestions from our catalog of beer recipe kits that are perfect for warm weather homebrewing. Each recipe kit comes with all of the ingredients you need for a five gallon batch: fermentables, hops, yeast – even bottle caps!
(Remember – order any two or more beer recipe kits and save 10% on each one! Plus, as always, get free shipping on orders over $50!)

Lagers
These lager beer recipe kits will require more control over fermentation temperature than the ales. Fermentation should take place around 40° or 50°F, which for most people means a dedicated beer fridge. Also keep in mind that fermentation usually takes longer for lagers.

You’ve got some choices ahead of you…what will you brew this summer? If these 10 don’t excite you then take a look at the other 70 or so beer recipe kits we offer!
—–
David Ackley is a beer writer, brewer, and self-described “craft beer crusader.” He holds a General Certificate in Brewing from the Institute of Brewing and Distilling and is founder of the Local Beer Blog.