Ales vs. lagers – what’s the difference? That’s something people have been asking for a long time. It is not easy to explain, but I will try to break it down in simple terms.
Yeast
Ales generally use top fermenting yeast (beer yeast that rises to the top of fermentation tank), while lagers use bottom fermenting yeast (beer yeast that sinks to the bottom of fermentation tank). Since it collects at the bottom, it can mostly be reused. Yeast doesn’t really add to the flavor, it’s the hops and malt that do 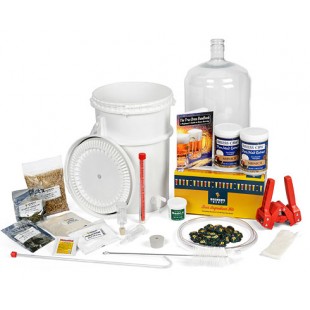 that job. Though this ‘beer yeast rule’ applies in most cases, there are certain exceptions.
Time and Temperature
Ale yeast ferments the best at warm temperatures (generally up to 75F). This is why they ferment and mature quicker than lagers.
Lagers ferment at cold temperatures (between 46F and 59F). In fact, lagers historically come from continental Europe, where the climate is generally cold. The combination of cold fermentation and bottom fermenting beer yeast gives a crisp taste to most lagers.
Extra Ingredients
Ales generally have more of malt, roasted malt, and hops, thus having a bitter and malty taste. Also, ale brewers are generally more experimental than brewers of lager, and they add some extra ingredients to experiment with their brews. So you might find ales with several different flavors.
Flavor
While ales are generally fruity, healthy, and robust; lagers are mostly clean, crisp, smooth, and elegant.
Types
Ales generally have ‘ale’ in their name. For example, amber ale, pale ale etc. They also include stouts and porters. Lagers include dopplebocks, bocks, and pilsners etc.
In the End, Beer for Thought
There is no point thinking about it- what’s important is to enjoy whatever kind of beer you’re drinking. A strange fact is that though lagers take longer to brew than ales, they are not as respected as ales.
Which is your favorite?  Tell us your ale or lager story in the comments below or contact us about other homebrew stuff.