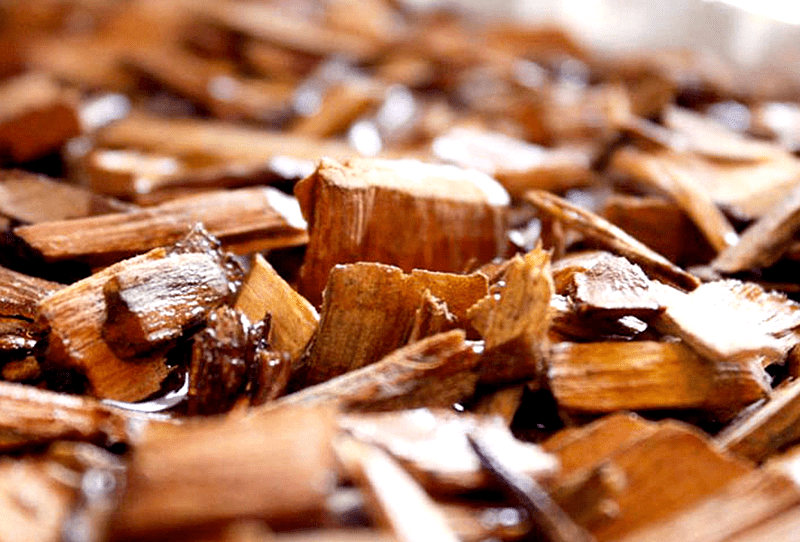 Thanks for the great question on adding oak chips during fermentation in the primary.

An important thing to know is that oak chips have an effect on the wine that is directly controlled by the amount of oak chips use and how long the chips are in the wine.

Wine kits that have been packaged with the pre-measured ingredients have been bench-tested. Trials of the wine has been made several times by the producer with variations of ingredients – such as the oak chips – to see which recipe combination produces the best wine. The goal is to produce a wine with the best overall balance and character. The producer of your wine kit knows how much oak chip to add to the fermentation to make an optimal wine because they bench-test.

By adding the oak chips during the fermentation, the wine is able to clear up more quickly and not have to go through the extra step of carefully bulk-aging with oak chips after the fermentation. This allows you to be able to bottle your wine in 4 to 6 weeks. 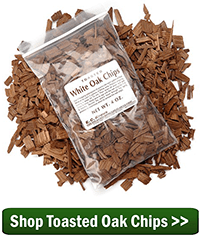 The home winemaker who is making wine from fresh fruit does not have the luxury of knowing ahead of time the optimal amount of oak chips to put in the fermentation. The juice at hand is unique and has not been bench-tested.

Even for the home winemaker that makes the same wine from the same vines in their backyard every year, experiences variations in the profile of the juice from one year to the next. Adding oak chips during the fermentation in these situations would give the winemaker absolutely no control over the outcome. They could only take a wild guess as to home much oak to add to a primary fermentation.

Being able to sample the wine over time is the key. Once the desired amount of oak character is achieved, the oak can be removed.

Handling the oak chips in this way allows the winemaker to have exacting control over the amount of barrel-aged character the wine will have. Leave the oak chips in until it’s right; then take them out. 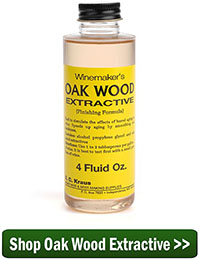 I hope this information helps clear up the difference between adding oak chips during fermentation and after the fermentation. Unless you have a wine kit that includes oak chips, you will want to add the oak chips to the secondary fermentation not the primary.

Best Wishes,
Ed Kraus
—–
Ed Kraus is a 3rd generation home brewer/winemaker and has been an owner of E. C. Kraus since 1999. He has been helping individuals make better wine and beer for over 25 years.