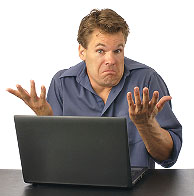 I bought table grapes at a farmer’s market, very sweet, reddish grapes for my wine. I had success with the fermentation and put it in a carboy. It made 4 gallons and I put it in a 5-gallon carboy with an air lock, thinking the CO2 would force the oxygen out. It continued fermenting and I assume no oxygen got in.
Ten months later there is a thin, white-ish particulate on surface. When I moved the carboy to a tabletop, the particulate began to filter down to the bottom very slowly, pretty much dissolving as it sank. Some of the particulate remained on the surface undisturbed.
What should I do? Should I stir the carboy a bit to make the ALL the particulate sink? Should I bottle it now?
Name: Chris
State: South Carolina
—–
Hello Chris,
For whatever reason, it sounds like a thin layer of  bacteria has formed on your wine. Winemakers refer to this as flowers or flowers of wine. More specifically, it is known as mycoderma bacteria. It slowly degrades the wine and ferments some of the alcohol off the wine. It’s similar to a wine turning to vinegar, but not quite as severe.
The biggest question at this point is: how far along is this infection? Does the wine still taste fine? If not, there is not much you can do to reverse the effects. But, if the wine still taste okay, there is a lot you can do to save it!
First of all, since the wine is done fermenting, rack it into four 1 gallon glass jugs. This will eliminate any air-space from the wine. Point the end of the siphon hose at the center of the wine — away from both the bottom and the top. This will help to reduce the collection of the particles into your gallon jugs. If some make it, so be it. Just do the best you can.
Once in the glass gallon jugs, you will need to add sulfites to the wine. This could be either: Campden tablets, potassium metabisulfite or sodium metabisulfite. Your choice. Add a single dose as directed on the package in which the sulfite came.
The sulfites will do two important things for the wine:

After you add the sulfites, attach air locks to each of the jugs. We have air-lock adapter screw-caps that work well for this purpose. Let the wine sit for a few weeks or until you feel that any particles have had time to completely settled to the bottom. Rack the wine again and add another dose of sulfites and bottle.
The number one reason for this occurring is having air in the head-space of the carboy. If the air-lock was taken off, even once, or the air-lock went dry for even just a few hours, this was most likely the cause. If you are sure the carboy had an absolute seal the entire time, than the second most common reason is not treating the wine must with sulfites before fermentation.
Best Wishes,
Ed Kraus
———————————————————————————————————
Ed Kraus is a 3rd generation home brewer/winemaker and has been an owner of E. C. Kraus since 1999. He has been helping individuals make better wine and beer for over 25 years.

4 thoughts on “There's White Scum On My Wine. What Should I Do?”