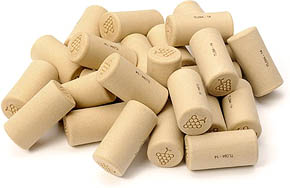 This is part 2 of a 4 part series. In the previous post (part 1), we went over how the cork supply and demand became out of balance over the previous decades. In this post we cover how this lack of balance spawned the emergence of synthetic corks.
As natural cork became shorter and shorter in supply, and the prices began to rise to unprecedented levels, the situation the wineries found themselves in became more and more urgent. Finding quality cork bottle stoppers that were good enough to seal a wine bottle at an affordable price was becoming a real issue.
Fortunately, ‘necessity is the mother of invention’ and the wine industry was about to get it’s little share of proverbial ingenuity. With such a large market in play, many innovative companies began coming up with their own version of a ‘reasonable alternative’ to the cork bottle stopper. It was within this rally of new ideas that the synthetic cork was born.
In the beginning synthetic corks were met with great resistance. The wineries handily slapped them down, not because synthetic corks were a bad idea or that they were bad for the wine, but because the wineries were concerned about how their customers would react to such an untraditional method of corking a wine bottle.
A lot of romance goes into the presentation of a bottle of wine; all the way from the sexy label; to the color and shape of the neck decoration, and don’t forget the seductive word-smithing crafted on the back label. To take something so artificial as a synthetic cork and put it in place of a natural cork stopper almost seemed blasphemous.
But eventually the wineries had to wake up to the reality that changes had to be made. They slowly began to accept the synthetic cork.
While the more expensive wines could afford to splurge on the high prices of the dwindling supply of natural cork stoppers, the everyday wines had to start moving toward synthetic corks. And with every year that went by we as consumers began to see more and more wines being closed with synthetic corks.
In part 3 of this 4 part series we will take a look at the advantages synthetic corks bring to the table.
———————————————————————————————————
Ed Kraus is a 3rd generation home brewer/winemaker and has been an owner of E. C. Kraus since 1999. He has been helping individuals make better wine and beer for over 25 years.

0 thoughts on “THE SYNTHETIC CORK SERIESPart II: Synthetic Corks To The Rescue!”