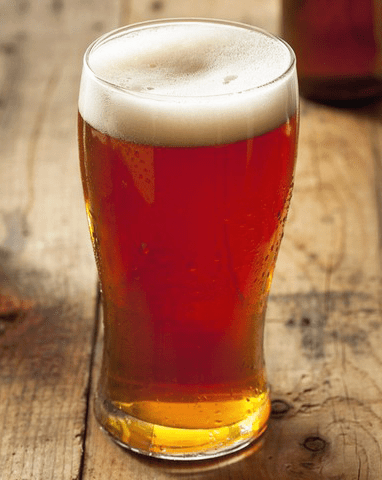 A summer ale is just that: a perfect ale to add to your summer brewing repertoire. That’s why I thought, now, would be a good time to put together a summer ale homebrew recipe.
Based on English ales, summer ales are light in color, not too heavy or alcoholic, and moderate in the hop department. Because it’s a well-balanced style, the summer ale still lets the drinker get a good sense of the malt character. And, because Summer ales are so well balanced, they are a great beer to brew as a SMaSH ale.
What is a SMaSH ale you say? I’m glad you asked.
SMaSH stands for Single-Malt and Single-Hop. Pick a malt, pick a hop, and brew! It’s a great way to learn about the characteristics of a particular ingredient, without a lot of background noise. You may also try brewing a single malt base beer, then choose several different hops or different beer yeasts for each one. Maybe you heard about the Single Hop series by Mikkeller? That’s exactly what we’re doing here.
According the BJCP, summer ales are part of the Blonde Ale (6B) category. Therefore, we should aim for these guidelines when creating a summer ale homebrew recipe:

So here’s how we can build the recipe.

Have you tried any SMaSH brews? How did it go? Do you have a summer ale homebrew recipe you’d like to share? Leave it in the comments below.
—–
David Ackley is a beer writer, brewer, and self-described “craft beer crusader.” He is a graduate of the Oskar Blues Brew School in Brevard, NC and founder of the Local Beer Blog.