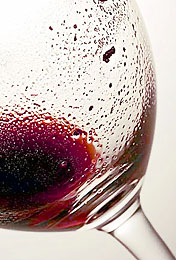 Hello:
I have been having problems with residue in my bottles of rhubarb, choke cherry, pear and plum wine but have never had a problem with my wild grape, plum or even choke cherry before.
Bottled three weeks ago and the only one with no residue is my wild grape. Will unbottle and redo if you think it’s warranted.
Thank you in Advance
Mike
———-
Hello Mike,
It sounds like there is one of two things you could do to eliminate the residue problem from occurring in the future. First, you could try treating all your wines with bentonite. This is a clarifier that helps to drag out particles that will eventually fall out later in the bottle.
If you don’t want to use bentonite, then you should consider aging your wine in bulk for 6 months or better before actually bottling. Once the wine is completely done fermenting, give it a couple of weeks to initially clear up. Then move it into wine carboys or some other type of glass jugs. Seal them up with either cork stoppers or rubber stoppers. Also be sure to wire them down so that they don’t pop out on their own.
That same residue that is occurring in your wine bottles is what will be showing up in your wine carboys as sediment after a few months. Once all the sediment is no longer getting worse, you can then bottle the wine. It’s all about giving the wine plenty of time to drop out all particles before bottling.
As far as the residue you now have in the wine bottles, it will not hurt anything. I would recommend consuming the wine, as is, but if you do decide to rebottle, I would recommend also adding a dose of sodium metabisulfite directly afterwords to reduce the effects of air exposure when rebottling.
Best Wishes,
Customer Service at E. C. Kraus
———————————————————————————————————
Ed Kraus is a 3rd generation home brewer/winemaker and has been an owner of E. C. Kraus since 1999. He has been helping individuals make better wine and beer for over 25 years.