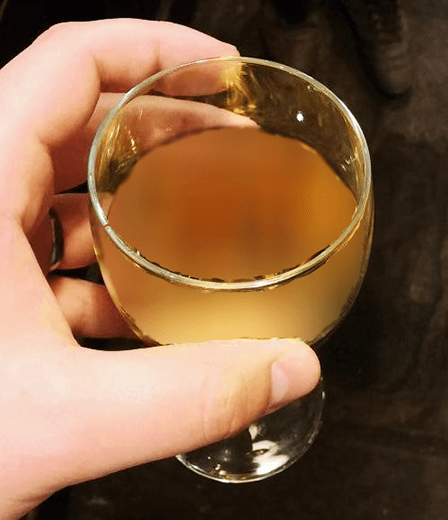 Hi everyone!
So, I’m a few weeks behind on racking my mead, but there didn’t appear to be anything growing on it, so I figured that was probably OK.
My mead is still very cloudy, which comes as no surprise to me since after doing a little research I read it takes a long time for mead to clear AND I haven’t added any clarifying agents to speed up the process.  At the rate it’s going to clear, I most likely will have to help it along a little with some clarifying agents at some point, because I don’t want to have to run the risk of transporting a carboy full of wine to a new home if we end up moving in a couple of months.
I’m not very confident about this particular batch of mead for a few reasons:

I suppose one good thing is that my fiancé doesn’t think it’s as bad as I think it is.  Then again, my fiancé loves super cheap grocery store boxed wine, so his tolerance for off-wines is pretty high.
Well, I’m hoping that things will change a bit in the sensory department after I clarify and sweeten the wine, but for now, I’m not so sure.  It would be nice to hear from you if you’ve made mead—am I just being crazy and everything is just fine?  We’ll see!

0 thoughts on “Leigh Erwin: Worrying About A Mead”