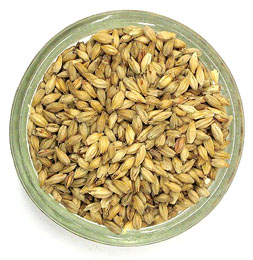 Adventures in Homebrewing is proud to announce an expanded offering of malted brewing grains. We now carry nearly 100 different malts and specialty grains to add to your homebrewing arsenal. We have grain products from some of the best malt producers the world has to offer, including Briess, Weyermann, Crisp, and more. Want to brew an authentic German, Belgian, or English ale? Now you can build your beer recipe around malt from the region where your favorite beer is traditionally brewed.

Our expanded of malted and unmalted grains now give the homebrewer even more control and versatility over the beers they make. Whether you brew all-grain or extract, these grains can help bring a range of character and flavor to your homemade beer.
What are some of your favorite malts for homebrewing?
———————————————————————-
David Ackley is a beer writer, homebrewer, and self-described “craft beer crusader.” He holds a General Certificate in Brewing from the Institute of Brewing and Distilling and is founder of the Local Beer Blog.