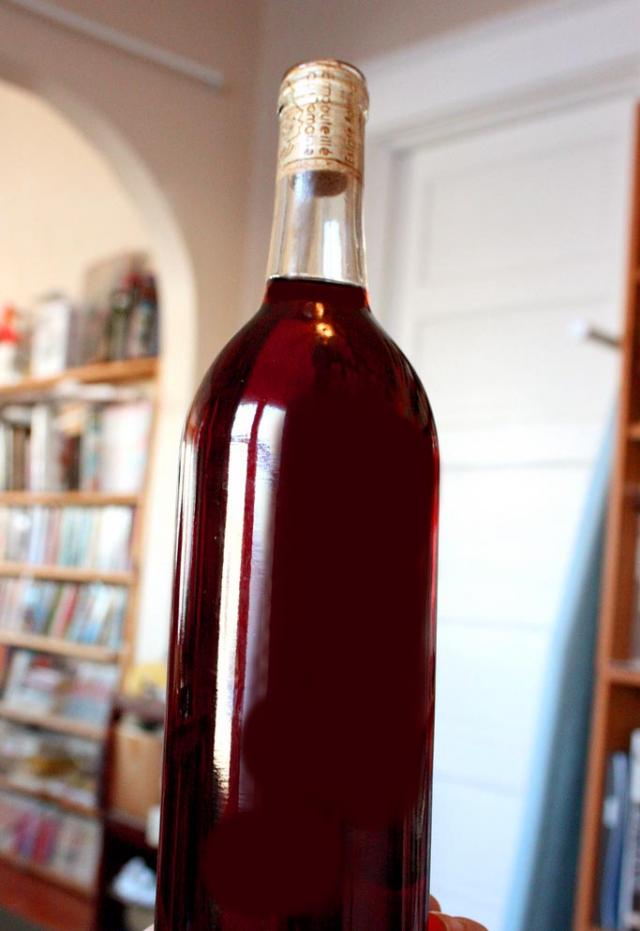 It’s bottling day!  Yay!
Finally, I am able to bottle my first homemade red wine—the Carmenere you may or may not have read about in some of my previous entries.   You may or may not also recall, I was a little worried about this wine, particularly since I had a semi-major “mishap” one morning involving a massive leak and some quick thinking. Basically, I had installed the spigot on my plastic carboy a little too tight, but for some reason it took weeks before any leaking occurred (kind of odd, but whatever).  When I noticed the small leak, I tried to tighten the spigot even more, since at the time I thought it might actually be too loose.  BAD idea!  Wine started flowing out and I had to think quickly to get the wine transferred into a new container as quickly as possible and as sanitary as possible in the short amount of time I had.
I ended up getting the wine transferred into my primary fermenter, since that’s all I had available at that time.  I did lose a little bit of wine, but considering how much I could have lost in that situation, I don’t think I lost much at all.
I was a little worried about keeping the wine in the primary fermenter for a couple of weeks, as I was concerned about possible contamination during the fast transfer, and the fact that there is a lot more surface area for oxygen to play around with on the wine than if it were in a more narrow carboy.
So, after waiting a week longer than I was scheduled to bottle due to some travel plans, the moment of truth had finally come!  First, I took a final specific gravity reading with my hydrometer, and it was holding steady at 0.997.  Good news, since I am convinced all fermentation was complete due to the fact that the specific gravity hadn’t changed in a long time.
Now, the taste—-was it going to be skunked?  A little off somehow due to all the “trauma” it went through a couple of weeks prior?  To my surprise, the wine actually tasted pretty nice!!!  BIG sigh of relief there!  I didn’t taste anything that was particularly concerning, and it tasted like it has a lot of potential for aging in the next few months.
I had purchased a couple of cases of wine bottles from ECKraus (since I had been too lazy to go collecting used bottles from wineries), and bottled 26 bottles of Carmenere!
As always, I didn’t filter the wine, since I don’t have a wine filtering system yet, but alas, what can ya do, right?  The wine did look pretty clear, though it probably wouldn’t have hurt to run it through a filter to be extra certain.  Only time will tell how it comes out, I suppose.
As long as the flavor and aromas develop in a positive manner over the next few months, I plan on serving this wine (in addition to other purchased wines) at my upcoming wedding.  What a fun way to share my wine with my family and friends!  I’ll certainly taste a bottle or two prior to wedding day as a sort of “quality control”, but hey, I would always serve this wine after everyone is sufficiently toasted so that they don’t notice anything off about it (if it is).
How are your homemade wines coming along?
See All Blog Posts From Leigh Erwin
————————————————————————————————————-