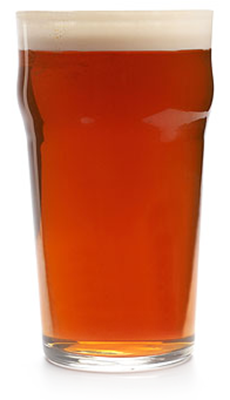 When I first started home brewing several years ago, like most new brewers, I was only concerned with getting a beer that tasted good and that was something that I enjoyed drinking or sharing with friends and family. In reading various home brewing forums, I knew that there were a lot of people who went out of their way to get the clearest beer they could. It seemed to me that this quest for beer clarity verged on a waste of time.
However, as I grew in the hobby, I came to appreciate the desire for clarity. It started with just one off-hand comment from a relative…
Several years ago, I set out to copy one of my favorite beers from a local nano-brewery. They did not publish their beer recipe, but they did list the ingredients on their beer list. I tried my best to recreate the grain bill and hop schedule, but never quite could match the beer. But, to make a long story short, over time, this beer morphed into a substantially different brew, but one I liked a lot! During a family party, I offered this beer to some family and my brother-in-law, who is also a home brewer, mentioned almost out of earshot, “Look how clear it is!”
I hadn’t even been setting out to clear the beer to that degree, but I had been saving several bombers of this batch specifically for this party. Since they were in the fridge for about six weeks, they got pretty clear. I must admit, I enjoyed both the pride I felt in his comment, and I really did enjoy what the aesthetic of that clear beer added to my drinking experience.
A year later, my local homebrew shop was having a contest, and I decided to enter beer made with this beer recipe. Again, I left it in the fridge for six weeks, and the shop stored it in their fridge for about four more weeks before judging. The comments from the three judges all specifically remarked on how clear the beer looked, and it was one of the factors that led to this beer taking second place overall. 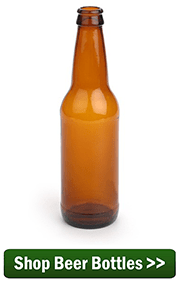 So yes, now I am a clarity convert, and now I set out to clarify my beer. I started with Whirlfloc tablets. It works well, but I wanted more, so I turned to cold-crashing and fining with gelatin finings. The process of using gelatin to clarify your beer is fairly straightforward, but if you’ve never tried it, I’d place this technique high on your list of things to add to your brewing repertoire. It really doesn’t take a lot of work at all, and as far as bang-for-your-buck is concerned, I can’t think of anything that is so inexpensive, so relatively easy, which adds so much to enjoyment of beer.

How important is clarity to you? What techniques do you like to use to clarify your beer?
—–
John Torrance is a database developer, gadget lover, and avid home brewer living in Lafayette, Colorado. When he’s not actively brewing, he’s generally daydreaming about what he’s going to brew for his next batch.