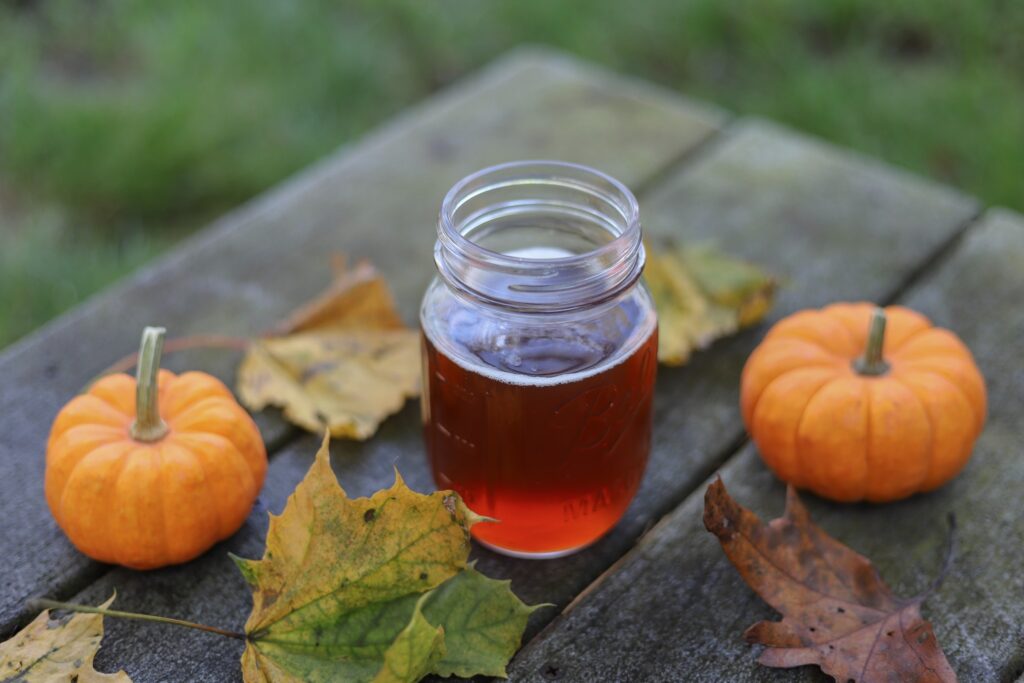 Whether you’re carving Jack O’ Lanterns or watching your favorite scary movie, here’s a list of our favorite beers to have this fall.
Oktoberfest Beers

Oktoberfest is the biggest beer festival held each year. And while we can’t really do as the German’s do this year, we can at least pretend!

We’ve got 3 great beers to kick off Oktoberfest.

This beer has a smooth body with a malt that’s crisp and sweet. *This pairs well with soft baked pretzels. Yum!

This beer was a favorite during last year’s Oktoberfest. It’s low on hop bitterness, and instead carries more of a toasted bready flavor.

This beer gives a roasted grain and herbs aroma, and has flavors of spice, caramel and mild hops. By allowing it to age longer, this beer has a rich, full, and bready brew.

Who doesn’t love a perfect pumpkin beer during the cool, crips months?!

Here’s some pumpkin ales that pair perfectly with any fall activity.

This popular beer has multiple fall flavors mixed together for a nice smooth taste. These flavors include nutmeg, allspice, cloves, wheat, and of course, pumpkin.

Malty beer with the warm amber color (also known as red ale) fits right into the fall theme. These beers go great with some Halloween candy!

Red Rocket ale is the perfect color of the brown leaves that fall during this season. It offers a sweet caramel flavor that also includes bitter hops to create an even balance in taste.

Festbier has a combination of German and Austrian grains to create a taste of chocolates and nuts, though this brew also has caramel, and a hint of pine.

If you really want to get into the Halloween theme, this beer is for you. The color of the beer is blood with a ABV of 6.66%. (Spooky!) It has a well balanced taste with citrus hops and caramel hops.

Autumn ales carry the most maple taste out of these 4 categories, making this beer sweeter side.

Here are our favorites.

This amber colored beer is known as earthy, crispy, and bready. It is lightly carbonated so it gives a refreshing taste.

We hope you enjoy these recommendations!

Make sure to try these beers during all your fall festivities, and let us know which ones you liked most.