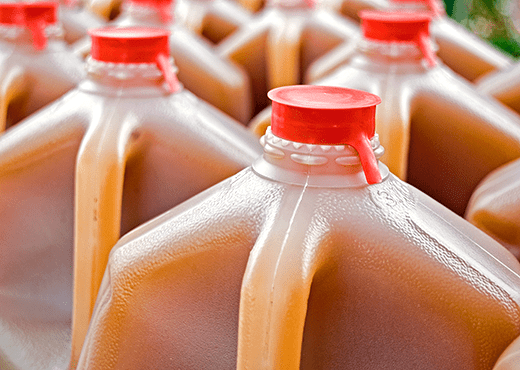 It is also helpful to understand that there is a difference between how apple wine and apple cider keep and age.
Hard cider needs to be consumed more quickly than apple wine. The lower level of alcohol makes it less stable. The use of sulfites and maybe even constant refrigeration will help in this regard, but even at that you will discover that apple cider is a drink that is to be consumed in weeks and months, not years.
Apple wine on the other hand is more stable. It has a higher alcohol content which makes it less susceptible to spoilage and general flavor deterioration. Having said this, you should still use sulfites when making it — just like you would with any other wine you make. And just like most wines, you will find that it will taste a little harsh at bottle time. It needs time to age out its harshness. Typically, an apple wine will be very drinkable at around 3 months of aging and at its best at around 9 months.
So, that’s essentially what the difference is between apple wine and apple cider. I hope this clears things up for you and that this was the information you was looking for.
Happy Winemaking,
Ed Kraus
———————————————————————————————————
Ed Kraus is a 3rd generation home brewer/winemaker and has been an owner of E. C. Kraus since 1999. He has been helping individuals make better wine and beer for over 25 years.

7 thoughts on “What's The Difference Between Apple Wine And Apple Cider?”