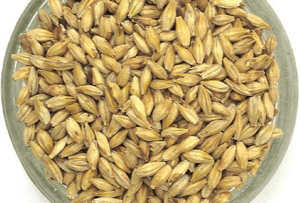 Malt is one of the most vital ingredients in beer and serves as a major source of fermentable sugars in a beer recipe. Malt is barely grain that has gone through a malting process. In the malting process, many organic changes take place, and the enzymatic activity converts the insoluble starch into soluble sugars. Malted barley is the most common starch source. Rice, wheat, rye, and oat are some of the other brewing grains used in making beer. Some interesting facts about brewing grains and malting are given below: