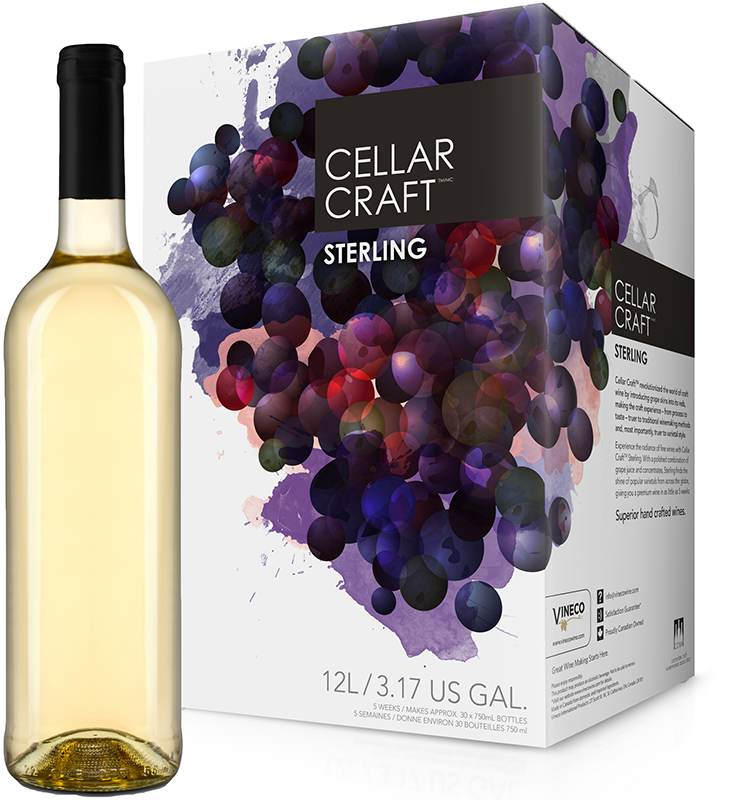 Hi everyone!
So, I finally finished my Cellar Craft Sterling California Chardonnay! I’m very happy it’s done, especially since it’s my second time attempting to make it, but I’m still not 100% convinced it’s going to turn out the best it can be. The specific gravity on my wine hydrometer never got exactly to where it was supposed to—it was very close though.
By the end, the specific gravity was supposed to be 0.998 or less, but as luck would have it, it ended up at 1.000. It’s strange because when I started the clearing stage it was at 0.998, but when I went to bottle the wine, it was back up to 1.000. I suppose maybe the temperatures weren’t exactly the same on those two days, but I foolishly did not check.
Anyway, bottling this homemade wine went very smoothly. I steamed the corks before putting them into the wine bottles as I have been doing, and cleaned and sterilized more bottles that I probably needed. I ended up only needing 23 wine bottles in the end, so I must have lost a little bit of wine at some point. I do remember that every time I racked the wine there was a little left over in the bottom of the carboy, so that’s probably where most of my losses occurred. I suppose the only other losses would be during evaporation over time, but that’s pretty much out of my control (other than topping off, but I didn’t do that).
One thing I should note is that I did deviate from the instructions a little bit in terms of when I did the actual bottling of the wine. Life kind of got in the way, and I did get a little lazy for a while there, so I ended up delaying the bottling process for a couple of weeks longer than usual. I figured since it was completely closed off from oxygen, I didn’t really have anything to worry about. Hopefully it sitting there in the carboy for longer only makes it better!

Since I am currently pregnant, I haven’t actually tasted the wine so I have no idea how it turned out! My husband sampled it and said he thinks it reminds him of the Gewurztraminer I made previously, but with less floral character. He also guessed that the alcohol content was on the relatively high side for a Chardonnay (as it was with my Gewurzt), though when I crunched the numbers, it turned out to be 13.13%. It’s not as high as the Gewurzt, so maybe it was the fact that he was tasting the wine pretty much immediately after bottling the wine that made it seem a little unbalanced.
I lovingly reminded my husband to save me at least half a case so that after the baby is born I can actually enjoy some of the wine myself!
All and all, bottling this homemade wine at home went pretty smooth. No surprises—and that’s a good thing. Now all we have to do is let the wine sit for a while and see how things turn out.
———————————–

My name is Leigh Erwin, and I am a brand-spankin’ new home winemaker! E. C. Kraus has asked me to share with you my journey from a first-time dabbler to an accomplished home winemaker. From time to time I’ll be checking in with this blog and reporting my experience with you: the good, bad – and the ugly.