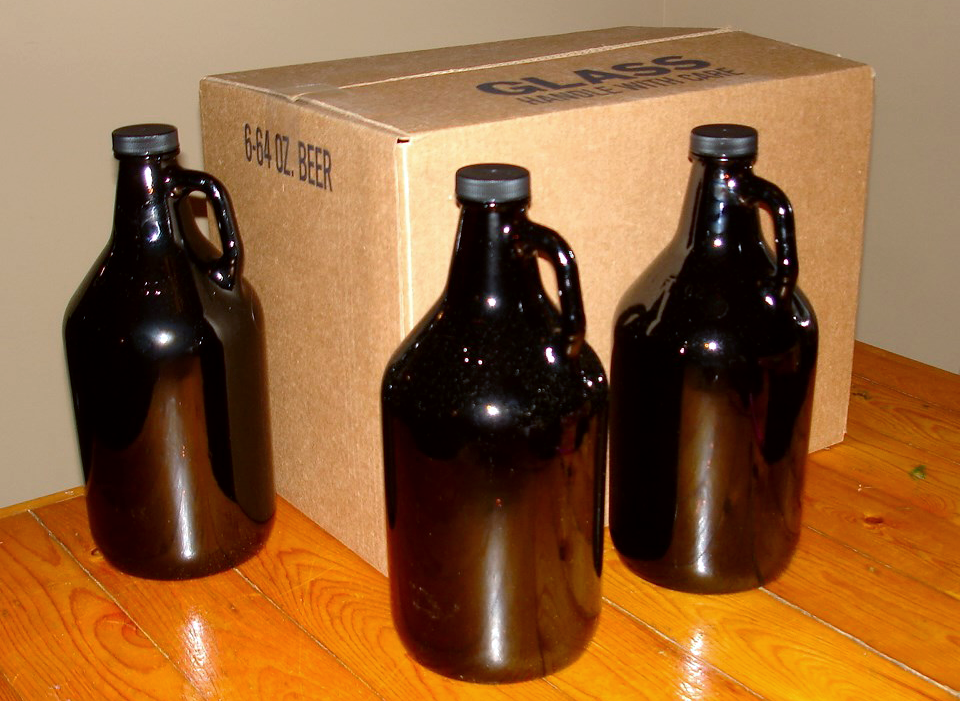 Most homebrewers that bottle their beer have probably figured out that the bigger the bottle, the fewer bottles you’ll have to fill. That’s why I like to hoard 22 oz. and 750mL beer bottles. It only takes about thirty 22 oz. bottles to bottle a five-gallon batch, compared to about fifty 12 oz. bottles. By extension, bottling beer in growlers should make things even easier, right?
Not so fast. Bottle your beer in growlers, and you run the risk of one exploding!
Bottle conditioning works because yeast consumes priming sugar to create CO2. Since the bottle is capped, the CO2 has nowhere to go but into suspension, thereby carbonating the beer.
This CO2 creates pressure inside the bottle. Regular beer bottles are designed to withstand that pressure, but most growlers are not. Just take a look at a growler and you can see that the glass is relatively thin compared to a normal beer bottle. Growlers are made for transporting beer that has already been carbonated. While there is some pressure in growlers fill with draft beer, it’s nothing compared to the 30 or 35 pounds of pressure that is typically created during bottle conditioning. Bottle been in growlers, and they could explode on you.
I’m sad to say it’s happened to me twice, and I haven’t bottled in a growler since. If it’s happened to you, you’ll agree that it’s worth spending a few extra minutes cleaning and sanitizing a few extra bottles to avoid losing a half-gallon of beer. Cleaning up that much beer is not fun – especially when you could be drinking it instead! 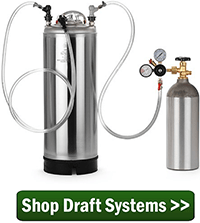 This isn’t to say that no one has ever successfully bottle conditioned their beer in a growler. I’m sure there are homebrewers out there who take the risk, and make sure to keep the temperature of the growler in check so it doesn’t go out of control. But for me, I’d rather just not deal with a stress of wondering, “Is today the day? Is that growler going to blow in my sleep?”
If you’ve reached the point where bottling is too tedious, I highly recommend investing in a homebrew keg system. Sure, the up front investment is higher than it is for bottling, but the saved labor is significant. Plus, you get to really dial in the carbonation of your beer by adjusting the pressure on the CO2 regulator.
Have you ever tried bottling beer in growlers? Were you successful? Or do you have a broken glass horror story to share?
———————————–
David Ackley is a writer, brewer, and craft beer marketing consultant. He holds a General Certificate in Brewing from the Institute of Brewing and Distilling and is founder of the Local Beer Blog.

3 thoughts on “Is It OK to Bottle Condition Beer in Growlers?”